Sex addiction is not formally listed in the DSM (Diagnostic and Statistical Manual of Mental Disorders), but it is nevertheless considered to be a serious condition by many in the field. The World Health Organisation has recognised “compulsive sexual behaviour” as a mental disorder, and sex addicts do display compulsive behaviours.

For many, the difficulty of defining it – as well as various cultural sensitivities – act as barriers which prevent agreement on what constitutes the condition. In terms of basic human experience, however, sex addiction has real and dramatic effects on those it affects, including people living with a sex addict in a relationship.

What is Sex Addiction?

In broad terms, sex addiction follows behavioural patterns that are often associated with other forms of addiction, such as drug addiction or gambling addiction. Sex addict behaviour refers to compulsive participation in sexual activity, even when negative consequences are likely. In practice, this means pursuing a large number of sexual partners, tending to be unusually preoccupied with sex, proving unable to be faithful, and many other traits.

First identified for clinical purposes in the 1980s, sex addiction has seen a rapid rise in patient numbers in recent years. Studies suggest that anywhere from 3-6% of the population suffers from sex addiction, with a disproportionate amount (roughly 80%) being male.

As with other types of addiction, the sex addict is essentially controlled by a dependency on chemicals. In this case, the chemicals are endorphins which are produced in the brain, stimulating pleasurable feelings that can have an addictive psychological effect. Animal research has found similar phenomena in other mammals that display compulsive sexual behaviour, also identifying endorphins as playing a key role.

Most intimate relationships are highly delicate, requiring a careful emotional and physical balance between partners in order to achieve a lasting harmony. Tastes and preferences are highly variable, but in most cases sex addict behaviour has a strong potential to cause rifts in relationships, even among partners who both genuinely care for each other.

Indeed, relationships are vulnerable to most types of addictions, as one partner often comes to feel shunned or mistreated by the other as they pursue the object of their addiction. Living with a sex addict is especially difficult for most partners to deal with, as the effects of the condition directly touch many strong emotions – jealousy most certainly among them.

Sex addicts find it difficult or impossible to stay faithful to their partners, even if they are aware that their pursuit of sex will likely involve neglect, lying, spending money irresponsibly, and high risks of contracting sexual diseases and causing unwanted pregnancies. Any of the above could cause great pain for their partners, including feelings of alienation, depression, betrayal, humiliation and anger. These in turn can inspire harmful behaviours in the sex addict’s partner, worsening the outcome even further.

Even the best intentions and the greatest sympathy will be pushed to their limits in such a situation, and relationships with sex addicts tend to lead to pain and regret on all sides. Fortunately, such outcomes are not inevitable, as sex addiction treatment can help reverse the slide towards addiction, and give sex addicts control of their impulses once again.

How Sex Rehab can Help

As with most forms of addiction, the likelihood of success in resisting sexual compulsions over the long term is greatly increased through a structured programme of professional treatment and support. This programme can take many forms:

Methods such as cognitive behavioural therapy (CBT) and mindfulness-based cognitive therapy (MBCT) can guide patients’ thoughts in a healthier and more positive direction. Dialectical behavioural therapy (DBT) is another effective treatment as it helps patients regulate their stress and emotions while practising mindfulness and positive social relations. DBT essentially helps re-train the mind to follow a more desirable path.

12-step method is a step-by-step approach that uses a group setting to provide a forum for social support and peer discussion.

In many cases, patients suffering from compulsive sexual behaviour are also affected by different underlying mental health conditions such as borderline personality disorder or childhood trauma which can be identified through professional examination.

Since sex addiction is essentially based in physical needs, certain movement-based exercises such as TRE can help restore a healthy balance of energy in the body.

In some instances, certain medications such as hormone suppressants may help to ease urges and bring them under greater control.

The partner of the sex addict can also benefit greatly from couple and family therapy – and not merely to recover from the emotional damage they may have suffered as a result of their volatile relationship. Living with a sex addict is a challenging position to be in, but living with a recovering sex addict also has its emotional demands.

In order to be truly helpful in guiding their loved one towards recovery, the emotion management techniques communicated through therapy are essential. By learning effective stress reduction and mindfulness techniques, you and the person you love can finally move past sex addiction, and towards a stable and satisfying relationship. 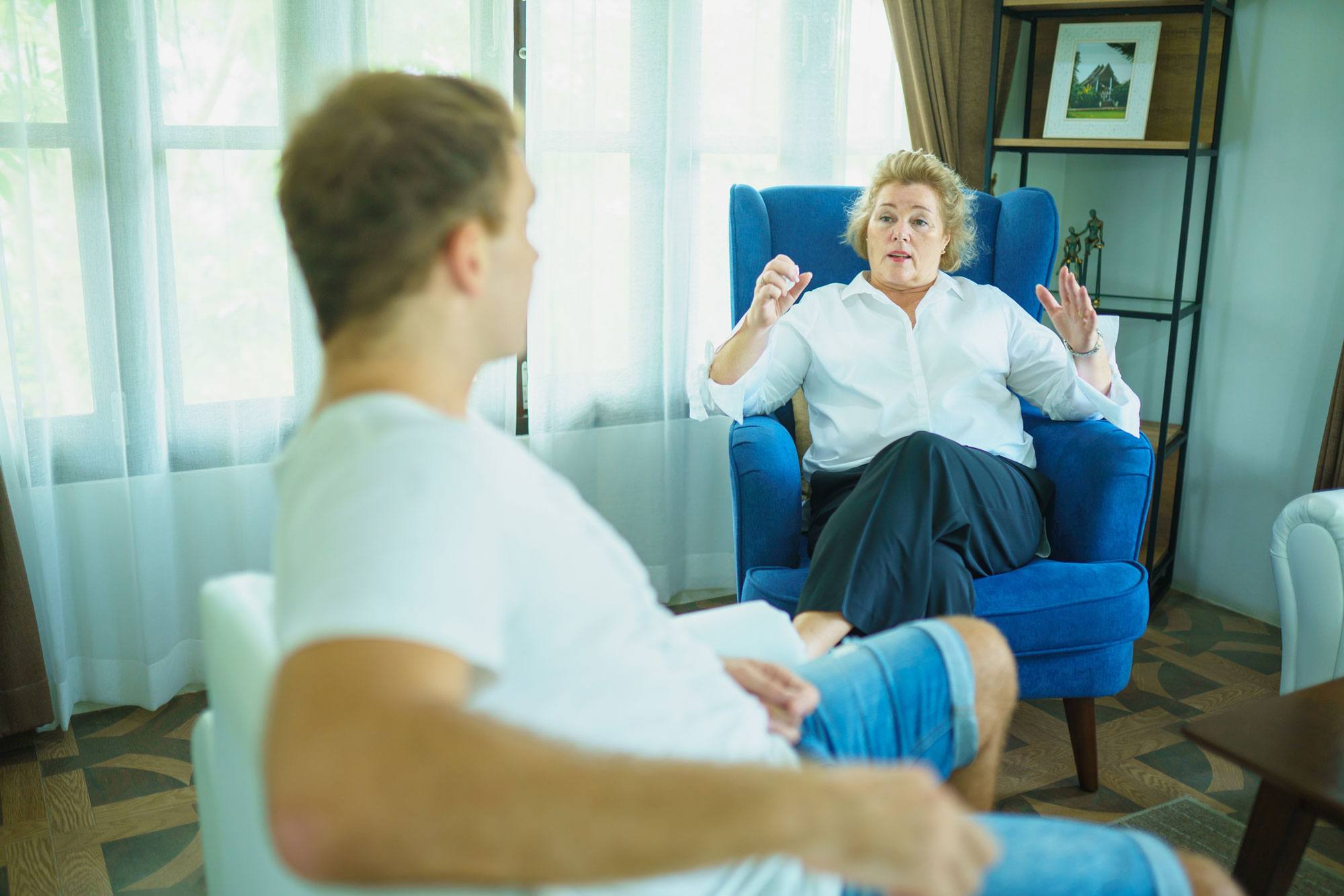 Sex addiction treatment at The Dawn is personalised, based on our initial evaluation of the condition of each client. We use our very own Twin Pillars approach which includes CBT, DBT and MBCT to helps clients identify their negative cognitive and behavioural patterns. These treatment methods are supplemented by a wellness programme of physical exercise, mindfulness and meditation, spa therapy and healthy eating.

To learn more about our sex addiction treatment, contact us today.