Addictions are notoriously difficult to break; the word ‘addiction’ itself suggests an inability to stop doing something. But what makes it so hard to simply change our habits? Traditional explanations refer to the chemical hooks that are delivered by drugs such as alcohol and nicotine, and these are both real and significant.

However, the forces of addiction already exist within each of us. Our own bodies produce chemicals that open the door to addictive behaviour, and for many of us, our minds embrace self-destructive habits that serve to reinforce the addiction. Re-asserting control of ourselves requires the right recovery skills, combined with a considerable effort to steer our minds in a more positive and constructive direction.

In order to succeed, however, we must learn to recognise the cognitive distortions that threaten to derail us – pushing us back toward the temptations of addiction even as we try to fight against dependency. By learning about these mental obstacles, we can identify them as they occur and put in practice effective methods of getting our minds back on the right track.

Cognitive Distortions and Their Effects

It is common enough for people to feel failure and disappointment in themselves, particularly if their addictions have caused them to let down their colleagues or loved ones. For some, this sense of self-criticism can be a motivating factor, helping them turn their lives around and get their affairs in order.

For others, however – and particularly when the negative feelings become overwhelming – the self-criticism can become distorted and out of proportion, turning into fatalism and despair. When this happens, it becomes much easier to lose focus and fall back into the types of bad habits that can aggravate the problem even further.

Here are five warning signs to watch out for. If you or somebody close to you suffers from a tendency to experience some of these cognitive distortions, it may be time to take action.

1. Focusing only on the negative

There is good and bad in any situation, but people who find themselves consistently embracing the most negative interpretations of events are likely to be experiencing a cognitive distortion. Addiction recovery requires a positive outlook above all, and this means being optimistic and embracing positive mental habits with an eye toward a future whose benefits are worth the effort needed to attain them.

When something goes wrong, there may be a temptation to blame others – or yourself – for causing the problem. While blame may be appropriate in many situations, there is a real possibility of blowing it out of proportion. People experiencing cognitive distortions are much more likely to latch on to the idea of assigning responsibility for failure, and take it too far.

Professional success, happiness, social behaviour – these types of ideas are best measured as part of a spectrum, where progress is continuous and it matters whether failures are slight or major. A commonly seen cognitive distortion is the tendency to flatten outcomes into simple black and white. Making a social mistake can be unhelpful, and having a drink when you promised not to can be a setback. But there is a real danger in thinking ‘I’m a failure’ after each mistake, because doing so can lead you to give up on the entire effort.

Severe judgments about yourself or other people can lead to unfair evaluations. Each one of us has our strengths and weaknesses, and none of us can accurately be defined by our worst act. Labelling other people can get in the way of the human connection we may be able to develop with them, and labelling ourselves can end up limiting what we believe we are capable of.

The future is a mystery to all of us, and some things will indeed go badly. But when the expectation of failure becomes a habit or an instinct, the brain gets stuck in a rut of negativity and has a difficult time finding a way out. Such an attitude results in higher stress levels, lower motivation, and an increase in wasted energy.

The types of negativity listed above also have the tendency to turn into self-fulfilling prophecies, in all kinds of situations. For example, if you go on a date with a new person, while having a pre-conceived notion that you probably won’t get along together, then that belief will colour your behaviour on the date and make that failure much more likely. A bad outcome could then reinforce your negative preconceptions about yourself and your life, causing you to lean into your addiction even more.

By any measure, the vast majority of people living today can enjoy a far higher standard of living than any other generation that has ever lived. Yet rates of depression and addiction are rising in many countries, suggesting that real happiness must depend on the health of our own mindset. Finding a way forward into a positive outlook is therefore necessary to beat addiction, and to achieve a more complete sense of happiness. As novelist Aldous Huxley once wrote, “Rolling around in the muck is not the best way to get clean.”

Regaining a Healthy Mindset at The Dawn Rehab 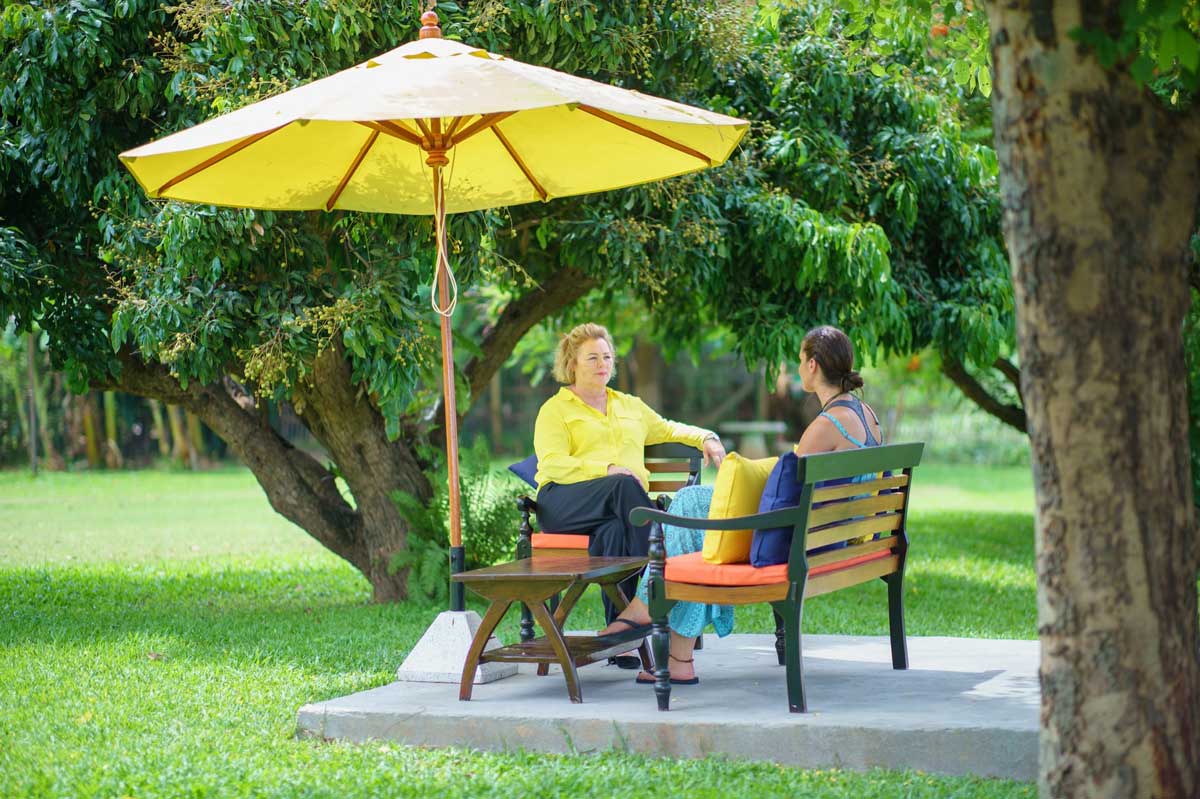 For those dealing with addiction and suffering from the types of cognitive distortions listed above, the most effective path to mental wellbeing is through cognitive behavioural therapy (CBT). A qualified therapist can help any client explore their thoughts and feelings, showing how to develop a healthier mindset for increased happiness and motivation. By combining this philosophy with a set of practical recovery skills to keep positive thoughts in circulation, addiction recovery becomes a much more manageable goal.

CBT is an essential part of a holistic addiction recovery, and works well alongside 12-step programmes. It is also recommended to supplement these methods with a variety of exercises to keep a person’s mind, body and spirit active and on the right path.

At The Dawn, we treat every aspect of addiction. We provide detoxification treatment, constant support, and focused one-on-one CBT sessions to bring each client back to a healthy state of mind. Our therapists help every client learn useful techniques to push away harmful mindsets, and embrace a pattern of constructive beliefs and attitudes on the road to recovery.

To learn more about addiction recovery at The Dawn, contact us today.