If you or a loved one are struggling with alcohol or drug addiction and facing a daily battle to stop, it’s time to consider cognitive behavioural therapy for addiction treatment.

What is Cognitive Behavioural Therapy?

Cognitive Behavioural Therapy (CBT) is a talking therapy that helps an individual to understand how their problems started and what fuels them. CBT helps the patient to connect their thoughts with their emotions and their resulting behaviour. By linking how they think to their feelings and actions, it helps them to pinpoint and understand their unhealthy thinking patterns and behaviour; evaluate them, and change them for the better. It can be used as a stand-alone treatment or in conjunction with other methods and medication.

As well as being an effective treatment for drug and alcohol abuse, cognitive behavioural therapy (CBT) has proven effective in treating:

According to the British Association for Behavioural & Cognitive Psychotherapies, CBT has also shown evidence of working in the treatment of chronic pain, chronic fatigue, sleep problems, anger management and behavioural difficulties in children, and physical symptoms that have no medical diagnosis.

How does CBT Work as a Treatment for Drug and Alcohol Abuse?

Research has shown that Cognitive Behavioural Therapy is effective in the treatment of addiction both in combination with other therapies and on its own. CBT works in treatment for drug and alcohol abuse by helping the addict to connect their thoughts with their emotions and their resulting behaviour. It involves a variety of complimentary elements from understanding of the cognitive and motivational factors, to learning new strategies and building new skills to overcome the powerful effects of psychoactive substances.

Put more simply, Cognitive Behavioural Therapy basically works by helping a suffering individual in progressive stages over a period of 28, 45 or 90 days to:

The first step of Cognitive Behavioural Therapy for addiction treatment involves finding out the degree of the addict’s dependence on the substance or behaviour that is having a negative impact in their life and relationships. The CBT counsellor will then work with this individual to re-conceptualise their environment, either one-on-one or in a group setting. This stage of re-conceptualisation forms a major part of the therapy as it requires the individual to deal with harmful feelings and thoughts caused by their views of their environment and past experiences.

Though cravings for alcohol or drugs may appear to be sudden, extraneous and disparate; they are almost always triggered by something, be it past childhood traumas, memories, people, places, sights, sounds, smells, and more. CBT will teach an addict how to view the external environment based on reality, and how to stop traumas or hurts from the past from influencing their thinking and behaviour. By addressing the specific thinking and behaviour caused by those internal and external triggers, the craving for drugs and alcohol reduces. The addicted individual can change their vantage point or view point of their environment from a negative one to an increasingly positive one.

The therapy then moves on to the stage where the individual is taught skills that help them cope with the challenges of life without returning to the use of drugs or alcohol or the problematic behaviour. Coping strategies include relaxation, imagery, distraction, self-motivation, and other methods that the individual can apply when they feel the urge to reach for that glass or dose or action. Repetitive use of these skills soon turns them into habits that come naturally.

Once the CBT treatment at the alcohol and drug rehabilitation centre is complete, the individual goes back to the real-world environment as a much stronger person. Follow ups for post-treatment aftercare make sure that these individuals are using their coping mechanisms and thriving in real life. Undergoing CBT will make a big positive difference in the life of an addict, and their family. Let’s take a look at how this happens in more detail, the history and the science behind Cognitive-Based Therapy.

A Brief Background of Cognitive Therapy

Cognitive Behavioural Therapy is based largely on Aaron Beck’s Cognitive Theory (CT) which was based on Albert Ellis’s Rational-Emotive Behaviour Therapy (REBT).

Cognitive Therapy is based on the idea that thoughts, feelings and behaviour influence each other reciprocally, and that a person can change their thinking to overcome problematic behaviour. Ellis’s Rational Emotive Behaviour Therapy (REBT) is based on the idea that irrational thought is the basis of most problems, and that eliminating distortions will help the individual to live a balanced life. Cognitive behavioural therapy (CBT) which is based on these two therapies states that an individual’s beliefs influence his or her emotions and behaviour, and that pinpointing problematic thought patterns can help them to change their behaviour.

The added benefit of CBT though is that it teaches the individual skills whereby they can monitor and treat themselves, and continue using the versatile CBT skills to help themselves with other issues that arise in their future. Of the many elements of CBT treatment, the ABC Model and the Hot Cross Bun Model are the most popular in alcohol and drug rehabilitation programmes.

Albert Ellis used his ABC Model as a part of REBT therapy since 1957, and it is now a common treatment in CBT interventions. The premise used in the ABC Model was that external events (A) do not cause behaviour or emotions (C), but beliefs (B) do. In other words our behaviour is not a product of the events in our lives, but of how we think about and process them.

Naturally, positive or rational beliefs will lead to healthy consequences while negative or irrational beliefs will cause unhealthy consequences. The counsellor works with the individual to combat the irrational or negative beliefs and to turn them into rational or positive beliefs. Positive beliefs in turn result in positive actions and behaviours. (In some situations though, where grief or loss is involved, the ABC Model does not rationalise beliefs but instead legitimises and normalises them.) The individual develops new responses to old triggers, and new ways of coping with them.

Hot Cross Bun as a Drug and Alcohol Treatment

One a penny, two a penny, hot cross buns…

If you recall the nursery rhymes from kindergarten, you’ll remember that one. Why are we talking about hot cross buns? Because the other commonly used method of cognitive therapy is the cross-sectional CBT formulation or 5-aspect model, which has been nicknamed as the ‘hot cross bun’ model.

This model looks just like a Lenten hot cross bun that is traditionally marked with a cross on top. The hot cross bun model seeks to understand the impact of a situation or event by examining the individual’s emotions, thoughts, physical sensations and behaviour, while also taking their past experiences or traumas into account. It is quite like a cross section of that event at a particular moment in time, and hence the real name cross-sectional CBT.

A counsellor at a alcohol and drug rehabilitation centre starts by giving the addict a sheet of paper to make notes about a situation.

How did the individual feel when it happened? Was he or she angry, fearful, sad, depressed, disappointed, anxious? Did they feel sorrow, joy, grief, shame, envy, dejection, despair?

Did they exhibit any physical symptoms? Did they breathe heavily? Were they flushed? Did they feel stressed? Did they shiver? What other physical sensations did they notice?

How did the individual act or react? Were they trying to be invisible? Did they resort to drugs to feel more confident? Did they drink the alcohol to drown their pain?

Cognitive Behavioural Therapy using the Hot Cross Bun Model for addiction treatment helps the individual to understand how each of these feelings, thoughts, physical sensations and behaviour are connected to the other. The addict may see it as just another vicious circle in everyday life, but the term the counsellor will use is ‘maintenance cycles’.

Once the counsellor has gained perspective of the addict’s maintenance cycles, and of their drug or alcohol problems in light of their thoughts, feelings, behaviours and situation, they will sit with them and formulate a treatment plan tailored to their specific needs. The plan may also include interventions, strategies and techniques that will help the addict to overcome their dependence on drugs and alcohol.

In the initial sessions the counsellor will help the addict to observe their own thoughts and feelings about a situation or to specific triggers, and how they behave as a result of those thoughts, feelings and physical sensations. They will spend a lot of time using diaries and worksheets as records of their reactions. Over time they will make sense of how different aspects of the situation influence each other.

The addict will also spend time in creative works such as meditation, painting, reading, running, or other positive activities that take their attention away from their cravings and break their maintenance cycles. And most of all they will do this in an environment where there are others facing the same challenges as they are, and can interact with them as much or as little as they want to. Knowing that someone else is also going through a similar situation and knowing that they’re not alone is a big factor in recovery.

As the individual progresses with the plan, and as their thinking changes, so will their reactions to situations and their dependence on drugs or alcohol will reduce. Soon, with a bit of effort on the individual’s part, and with the coping skills learned during therapy they will find it easier to overcome cravings for that shot or that glass, till the day they no longer reach for them.

Benefits of CBT for Addiction Treatment 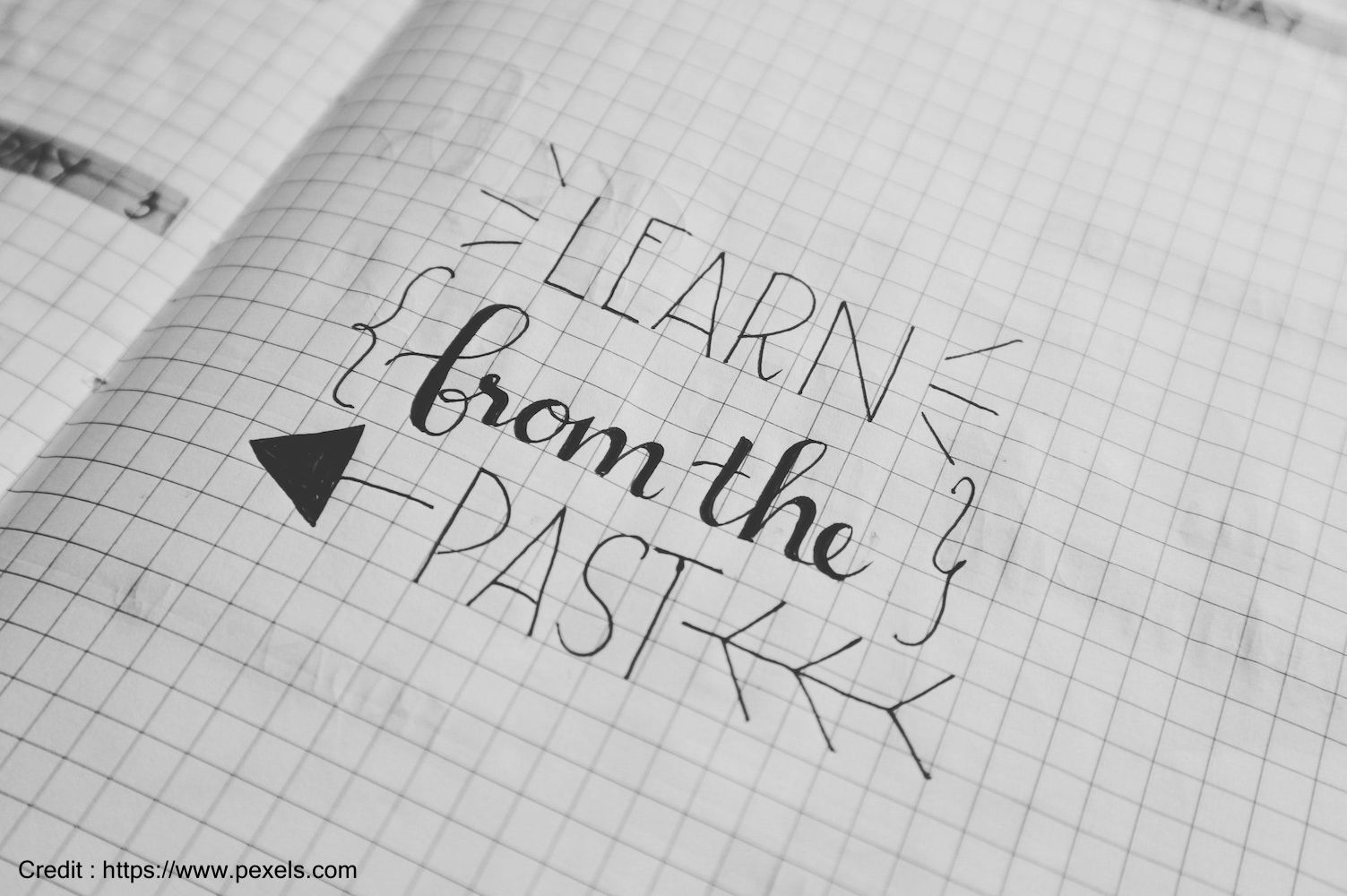 Cognitive Behavioural Therapy for addiction treatment tackles distorted thinking and behaviour in the suffering individual by enabling them to realise how it affects their behaviour and fuels their addictions. At the end of this treatment the individual has developed new thinking and coping mechanisms to counteract the need or desire for alcohol or drugs.

Let’s look at the benefits of using CBT on its own or in conjunction with other therapies:

Where to Get Help for Drug and Alcohol Addiction

The Dawn runs a CBT-based drug and alcohol treatment programme that combines the most effective Western addiction treatments with a range of Eastern holistic practices such a yoga and meditation. Our centre offers a peaceful, supportive environment in a beautiful riverside setting. All clients are housed in stylish private rooms with attached bathroom. Treatment at The Dawn is world-class but costs around a quarter of what you would pay for similar, high-quality treatment in the West.

Are you ready to get help for your addiction? Or to help your loved one take the first step on the road to recovery? Contact us now for expert help.