Culture shock, party lifestyles, separation from friends and family – expat life disrupts your usual routines, creating a slippery slope that can end in addiction. Understanding the dangers will help you stay safe while living abroad, and find addiction treatment when you need it.

For many expats, moving abroad often means higher pay, better opportunities, and an improved lifestyle. Beneath the surface, however, the expat lifestyle can also bring new challenges and problems. For professionals, excessive travelling and increased work demands can lead to loneliness and homesickness, among other issues.

Being an expat usually means being away from family, friends, and the familiar comforts of one’s own society. Language barriers and cultural differences can lead to difficulties fitting in and adapting. When frustrations combined with the lack of a support system, many expats may have difficulty coping with the feelings or problems that result. At times like these, drugs or alcohol may seem like an inviting option to temporarily smooth over the pain. Expats are away from “their homes, family and other support networks, this places them more at risk,” says Dr. Margaret McCann, a director at Castle Craig Hospital.

It is often true that expat jobs often provide better pay, yet they also tend to demand longer hours within high-pressure environments. Those who move abroad for work will need to adapt to a lot of cultural adjustments, as well as heavy workloads, new colleagues and high expectations. 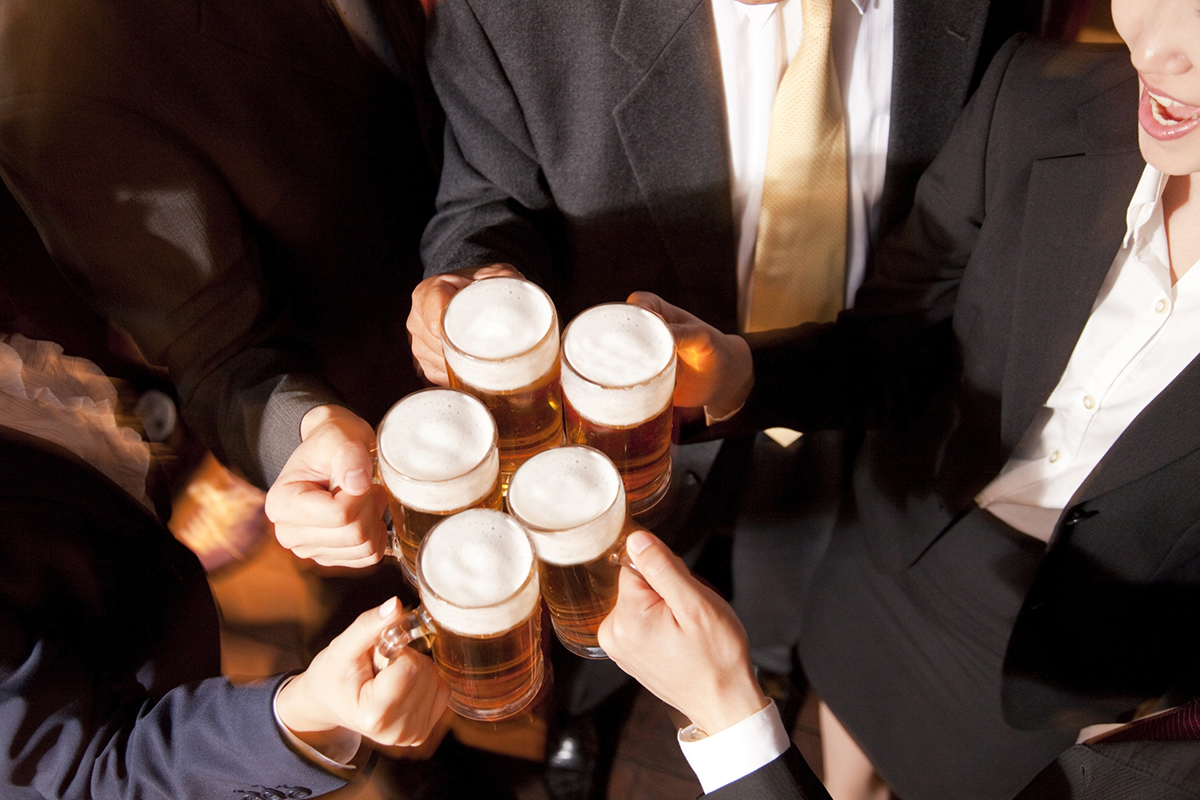 The pressure of a new job in an unfamiliar land, paired with the need to build up a social network, leads some people to turn to alcohol and other substances to cope with stress or get through the week. Living in this stressful environment without a proper support system – or any of the stabilising influences of home – makes chemical relief seem like a reasonable way to deal with these issues.

Addiction Affects Both Young and Old

Of course, not all expats who move to Asia are intent on building their careers. Backpacker, gap-year, and working holiday travellers often try to squeeze as much fun as they can into the time they have available. These types of globetrotters commonly fall into a routine of heavy partying, which can also lead to the overuse of drugs or alcohol.

Yet people of all ages are susceptible to such temptations. Indeed, many retirees move abroad to take advantage of the lower cost of living and comfort in their retirement. Unfortunately, retiree expats also face many of the same issues that younger professionals do. 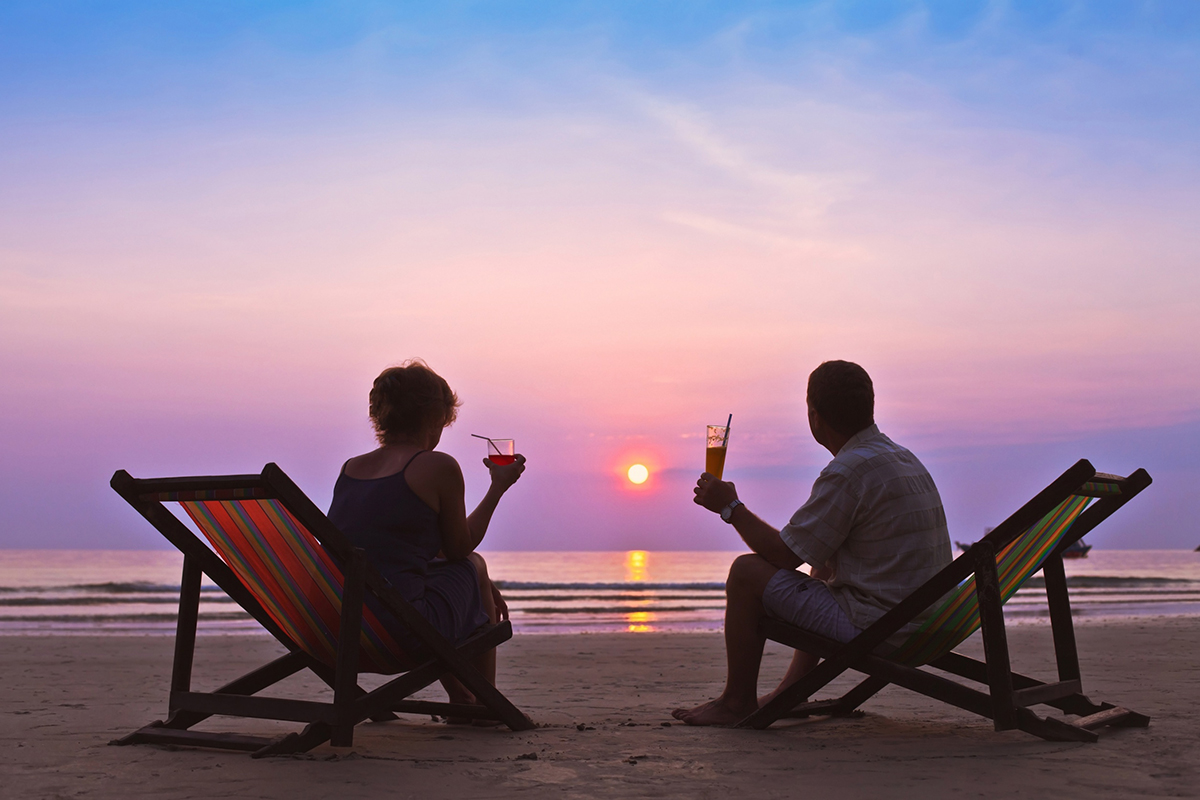 For instance, many expats move to Thailand in their retirement, but isolation and loneliness can still kick in after the initial honeymoon period. Without support from family or friends, retired expats may also find themselves drinking regularly either to cope, or as a way to socialise.

This phenomenon is especially evident in areas packed with tourists, such as Bangkok or Phuket, where expats and holidaymakers can be found drinking heavily all year round.  Many retiree expats in Thailand even open their own bars as a way to fill time, which puts them around alcohol constantly. The more often people drink or use drugs, the closer they come to forming an addiction that is hard to break free from.

With their laid-back alcohol regulation policies, and cheap prices compared to the West, Thailand and other countries around Asia make for the perfect getaway. But when expats find themselves living permanently in places which are traditionally thought of as holiday destinations, their embrace of the laid-back culture can lead to habitual excessive drinking.

In addition to the high workload, there is also a cultural expectation in Singapore to drink at business and client meetings. This practice can blur the line between business and pleasure, potentially leading expats to drink more than they had been planned. Laws and rules in Singapore are generally strict in other domains, and excessive consumption is therefore seen as a legal and socially acceptable way to have fun.

While many expats turn to drinking as a way to deal with isolation, this is not the only road to alcoholism and addiction. In many cases, especially in Asia, excessive drinking is a by-product of going out to find (or form) new social groups. Bars provide a natural setting for socialising, as they are filled with other people aiming to meet friends as well.

When friendships grow in such ways, however, they may soon become defined by drinking. Such an outcome also increases the likelihood of substance abuse and addiction. Moreover, it becomes much more difficult to notice addictive behaviour in oneself, if ‘everyone’ in a social group is doing the same.

Addiction – the Result of Temptation and Availability

While many western countries have strict laws about the sale and consumption of alcohol, expats moving to Asia will find alcohol widely available and easy to buy. In Thailand for instance, beers and hard liquor can all be bought at 7-11 and other convenience stores, which can be found on nearly every corner in Bangkok. Indeed, alcohol can be very cheap compared to the West – and illicit drugs may also be more widely available.

Such realities help explain why there is a huge problem with illicit drug use – especially cocaine – amongst expat workers in Hong Kong. The drug is much cheaper there than in western countries, and can be purchased easily around the popular nightlife spots. Its low price and availability, together with the high salaries that expats receive, have caused cocaine use to double in recent years, despite government efforts to combat this problem.

Addiction Treatment at The Dawn

Many expats find it difficult to seek help for their addiction, either because they don’t know where to turn, or they are reluctant to admit that they have a problem. Yet substance addiction is a serious issue, and treatment is a necessary step towards breaking free from its control.

The Dawn Rehab and Wellness Centre, Thailand, is a drug and alcohol rehab in Thailand offering professional treatment for people struggling with addiction. As Asia’s boutique rehab and wellness centre, our small size lets us offer personalised care in a friendly and secluded setting. We use state-of-the-art therapy together with evidence-based techniques to help people recover from their addictions.

If you have noticed signs of drug or alcohol abuse in yourself or a loved one, it is time to seek help. Contact The Dawn today, and let us put you back on the road to recovery.