Insomnia is a common by-product of today’s hectic, modern lifestyle. While sleep medications like Zolpidem, Ambien, and Stilnox can provide much-needed relief, addiction is a risk every user should be aware of.

If you’ve been in the throes of insomnia, you know that chronic lack of sleep can make life feel like a nightmare. Seeking help from a doctor is a normal course of action, and prescription sleeping pills like Ambien, Stilnox, or Zolpidem often provide fast and welcome relief for sleeplessness. However, these medications carry their own set of risks, including addiction, especially when used over an extended period of time.

Zolpidem, a generic name for Ambien and Stilnox, is a sedative hypnotic medication that slows down the brain’s functions in order to allow people to sleep. It is intended for short-term use only, and is to be taken in limited dosages.

Though Zolpidem was developed specifically to be less habit-forming than other types of medications used to treat insomnia, medical professionals warn that users are still at risk of forming a dependency. In fact, even those taking a prescribed dose can become dependent in as little as two weeks.

It is now recognised that Ambien has a very similar potential for misuse as other sleeping pills. A 2011 study published in Behavioral Pharmacology suggested that the hypnotic effects of Ambien could be addictive even for those who have never before displayed tendencies for addiction to other substances.

The early signs of physical dependency on Zolpidem can be hard to detect, so if you are concerned you may be struggling, it is important to be familiar with the signs and symptoms of addiction.

Signs and Symptoms of Stilnox and Ambien Addiction

Have you tried to stop taking Ambien or Stilnox, only to find that you can’t sleep without it? This is one key sign that you may have a physical dependency. Other signs and symptoms of dependency include:

If you have become physically dependent on Ambien, you may also have signs of withdrawal if you stop taking it. These generally begin within 48 hours of the final dose, and can include:

In rare cases, seizures have been reported for those who have suddenly quit. If you’ve recognised any of these signs during your use of Ambien or Stilnox, or in your attempts to stop using it, you may be struggling with a dependency.

Some find it difficult to believe that a dependency on prescription medication such as Zolpidem can create many of the same negative effects on your health and personal life that illicit drugs can. The reality is that medication taken in different doses than prescribed, or outside the close supervision of a doctor, can cause serious problems.

Fast Asleep, but Still Under the Influence

People with a dependency on Stilnox and Ambien often develop a tolerance to it, which results in misuse of the medication to get the same effects. You may be taking Ambien at a higher dosage than recommended, or combining it with other medications or alcohol in order to sleep.

This can cause the user to slip into a blackout state where they are engaging in an activity with no memory of doing so. This may include driving a car, having conversations with friends, family or co-workers, eating, or shopping – all while asleep. At the least, this can result in embarrassment – at worst, it can end in disaster

It is also possible for people to overdose on Ambien, particularly if it is combined with other medications. This can lead to slowed breathing and heart rate, coma, and even death.

For someone dependent on Ambien or Stilnox, getting and taking the medication will become a primary focus. You may find yourself making excuses to take it, going to greater extremes to get it, such as obtaining additional prescriptions, using other people’s prescriptions, or buying it illegally, and trying to hide how much you are actually taking from family or friends. Some people experiencing an addiction to Zolpidem will report it is the only way they can experience calm and relaxation. Others will find they are no longer able to sleep without it.

If you’re realising that you may have a dependency on Zolpidem, it is critically important to reach out for professional help. Dependency is a medical condition that needs professional care in order to be successfully overcome.

Rest, Recovery and a Fresh start at The Dawn

At The Dawn Thailand rehab centre, you will benefit from a muti-disciplinary team of highly qualified professionals made up of both addiction and mental health experts. We approach dependency using a holistic lens, treating all parts of the problem – including your insomnia – to ensure that your recovery is successful and sustainable.

The Dawn offers a tailored six-week programme to help you regain your health and achieve and maintain personal balance. We also offer round-the-clock medical as you move through your dependency and into recovery.

Our compassionate, Western-trained team of counsellors and psychologists will work closely with you to develop coping tools that address the root causes of your dependency. You will leave The Dawn rested, refreshed, and fully equipped to face life’s challenges. 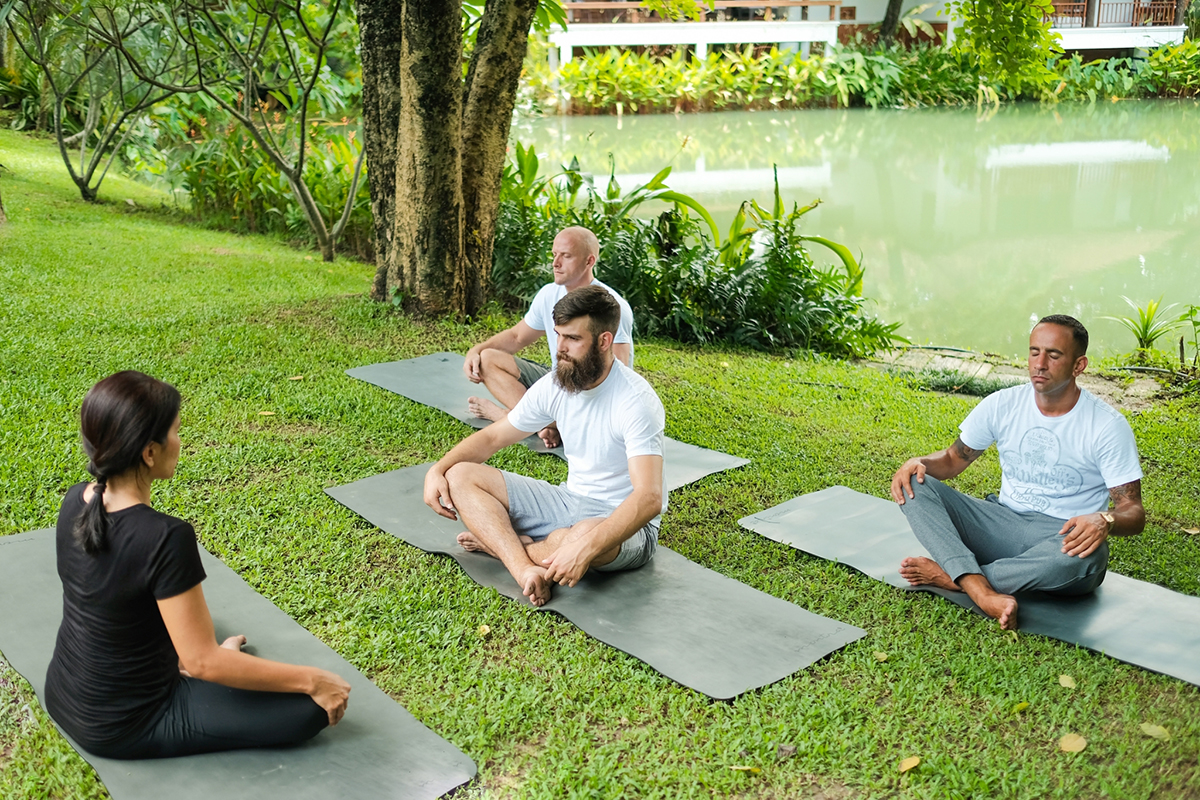 The Dawn utilises a unique and highly effective “twin pillars” approach to treating addiction. The First Pillar incorporates the most-effective Western psychological techniques available today, such as Cognitive Behavioural Therapy (CBT), Dialectical Behaviour Therapy (DBT), and more. These therapies are delivered in either group format or in individual counselling.

The Second Pillar encompasses a diverse range of proven Eastern wellness practices to complement and enhance the benefits of the First Pillar. These include daily wellness activities such as meditation, yoga, Thai massage, fitness training, art therapy and Pilates, which encourage healthy relaxation habits and develop a positive mind-body connection.

The Dawn drug rehab is licenced by the Thai Ministry of Health and offers a boutique and personalised treatment experience in the serene beauty of Chiang Mai, Thailand. Just a one-hour flight from the capital city of Bangkok, The Dawn’s peaceful, riverfront location is a world away from the stressors of daily life. You’ll be immersed in a safe and soothing environment where you can focus completely on your return to a healthy, balanced life.

Moving away from a dependency on prescription sleeping pills doesn’t mean resigning yourself to insomnia or anxiety. With professional guidance, you can safely and successfully establish new ways to sleep better, and to live better. Call us today to learn more about how you can change your life at The Dawn.