When people think of addiction they usually imagine someone who drinks too much alcohol or has a drug habit – but addictive behaviours can be just as destructive as chemical substances when it comes to a person’s health and wellbeing. What causes people to become obsessed with pornography, gambling, internet or sex? And how do these non-substance addictions differ from chemical addictions?

What are Behavioural Addictions?

When a person has a compulsion to engage in a rewarding non-substance related behaviour, even if that behaviour causes negative impacts to their financial, physical, emotional or mental wellbeing – it is called a behavioural or process addiction.

Researchers have found that the chemicals released in the brain when people use drugs or alcohol are the same found in those who get ‘high’ when they do certain activities repetitively. In fact, a food addiction study on lab rats found evidence that the same molecular mechanisms relating to human drug addiction were also found when obese rats engaged in compulsive overeating.

This relates to the dopamine D2 receptor which was found to be reduced in obese rats on a high fat diet. The D2 receptor responds to dopamine, a central neurotransmitter released in anticipation of rewarding experiences such as those involving sex or food.

It’s normal for the brain to have a reward response when it comes to things like food and sex. Without it, our species would not have survived. But for people with addiction, this circuitry becomes ‘off’ and rather than registering that they’ve had enough, they register the need for ‘more’.

Different types of non-substance addictions can include: gambling, internet gaming, sex, shopping, pornography and food. Any of these things, in moderation, can be part of a person’s enjoyment in life but when someone is susceptible to addiction – they are not able to control their compulsion to indulge in these types of activities.

According to the National Council on Problem Gambling (NCPG), one in five problem gamblers attempt to commit suicide. This is about twice the suicide rate of other addictions. If you’re someone who spends all your free time at the casino or using online gambling websites – chances are you have a gambling addiction. The highs and lows of betting money affect the brain in similar ways to the highs and lows of drug addiction.

The big difference is that pathological gambling can be kept hidden from friends and family whereas sooner or later, drug addictions become apparent to loved ones due to the physical affects on the body. What does this mean? Gambling addicts can hit rock bottom and lose everything before they get a chance to get help.

When people are addicted to a substance they often take part in risky behaviour and disregard consequences due to their obsession with getting high. When it comes to sex addiction – it’s not just about wanting to have sex all the time but also about the risky behaviour that goes with the sex.

For example, conducting sexual acts in public places with strangers, having sex under the influence of drugs, having no regard for using protection against sexually transmitted diseases or pregnancy, lying to people around you in order to get a ‘fix’. Although it’s not formally classified as an addiction, there are effective treatments, such as cognitive behavioural therapy and the 12 Steps of SLAA, that can help sufferers.

For people who are socially awkward or suffer emotional issues, the internet can be a place of solace and comfort. When those people spend the majority of their waking hours playing computer games or creating virtual worlds – they are likely to have a behavioural addiction.

Internet addiction can lead to breakdown of relationships, development of mental health issues such as depression, and a decrease in a person’s overall fitness and wellbeing. It can also cause job loss and financial problems depending on how much money a user is spending in their virtual world.

We have all seen those television shows about hoarding where a person who suffers from a shopping addiction invites a film crew into their home and it is – floor to ceiling – full of items that have been purchased online. Piles of shoes, handbags, dresses, beauty products and appliances – all cluttering a person’s space and resulting in financial devastation to their family. If you’re someone who feels a constant compulsion to spend money on material items – as well as a thrill when you make purchases – you should seek treatment for shopping addiction.

Symptoms and Signs of Behavioural Addiction

Similar to chemical addiction, there are many warning signs and symptoms when it comes to addictive behaviour relating to things like pornography, gambling and internet. Here are some things to look out for:

The good news is that, similar to drug and alcohol addiction, there are many treatment options available to those who suffer from behavioural addiction. These treatments, if supervised by professionals, can lead to 100% recovery from addiction and give you back your ability to live a more balanced, honest life.

Individual counselling is a highly effective way to get to the bottom of your non-substance addiction. A professional counsellor can help you look at the bigger picture, as well as issues from your past that might be contributing to your compulsive behaviour.

CBT is the most common form of psychotherapy used to treat behavioural addictions. CBT helps people identify the patterns that are triggering their addictive behaviours and then works on removing or altering those triggers through lifestyle changes.

Medication is sometimes needed alongside CBT in cases where suffers are experiencing other mental health issues relating to their addiction such as anxiety or depression.

The 12-step programmes can be helpful for people in terms of creating long-lasting recovery from addictions. These programmes involve group work where sufferers can gain the support of fellow addicts and see the progress they have made towards living a more balanced life. 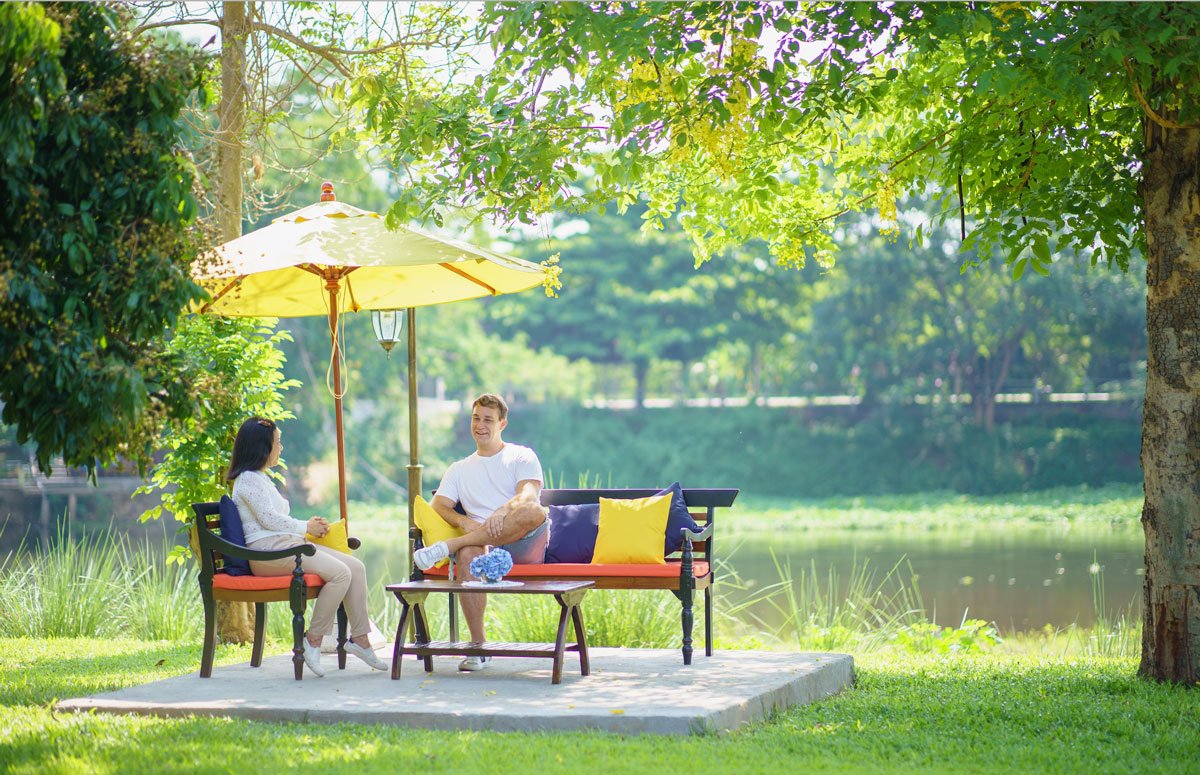 The first step, and one of the most difficult, is to admit that you need help. At The Dawn, our team of compassionate professionals have experience in dealing with substance and non-substance addictions so you don’t need to worry about being judged.

We offer complete confidentiality and can provide an initial free consultation to help you decide on the best treatment plan. Our facilities are based in picturesque northern Thailand – allowing you to seek the help you need with complete privacy. Contact us today to let us tell you about our tailored addiction recovery programmes.