Chances are, you or someone you know is a regular consumer of alcohol. The short-term effects of alcohol on the brain can feel quite nice – a warm and generous feeling, a bit of social confidence, an easier time enjoying the present moment, and a smoother group bonding experience, when others around you are enjoying a drink as well.

But the effects of alcohol abuse go far beyond inebriation, and move quickly into some dangerous territory as you begin to drink more and more. Clumsiness, memory loss, poor decision-making, blackouts and hangovers are just the beginning – and many drinkers are unaware of the long-term danger they are putting themselves in.

Alcohol and Its Long-term Effects

In most of the world, drinking is a popular way to make life a little more enjoyable – but relatively few people consider the risks that it poses. Excessive alcohol consumption has been linked to cirrhosis of the liver, as well as damage to nerves and to the heart muscle. Thiamine deficiency (vitamin B1) very often arises in heavy drinkers, sometimes leading to paralysis as well as learning and memory problems.

The neuroscience is also beginning to paint an unflattering picture of the mental effects of alcohol. Alcohol dependence also stunts brain function and development, hindering the production of new brain cells. A shorter attention span, difficulty thinking in abstract terms, and a deterioration in visuospatial abilities have also been traced back to alcohol use. Generally speaking, the more you drink, the more likely you are to experience various types of physical and cognitive impairments – even during periods of sobriety.

The good news is that these more serious consequences are rarely seen among light drinkers. The bad news is that a surprisingly large number of people in society are classified as moderate or heavy drinkers – exactly where these more severe outcomes are most commonly observed.

Plenty of research on alcohol consumption has been done in countries like the United States, where a national survey in 2013 found that over 52% of people age 12 and over were alcohol users. The same survey found that over 6% of all people age 12 and over were heavy alcohol users, and that nearly a quarter of people in that same age group had reported binge drinking at some point in the past month. These numbers show just how widespread drinking culture can be, even among people who are underage.

As the most commonly abused drug in the US, alcohol has a particularly worrisome effect on people around university age. A separate survey found that, of university students who drink, 51% reported blacking out due to alcohol at some point in their lives. 40% reported experiencing a blackout in the preceding 12 months, and nearly 10% reported experiencing a blackout in just the last 2 weeks alone.

Meanwhile, according to the World Health Organization, Thailand is the number one country in the ASEAN region for the consumption of alcohol, with some 31.5% of people aged over 15 years drinking. Per capita, Thais drink an average of 226 bottles of beer each year, or 25 bottles of spirits. One study found that 1.5% of Thais could be classified as harmful drinkers or probable alcohol dependents.

What Kind of Drinker are You?

Men drink more than women on average, but blackout rates between the two sexes are similar. In terms of the long-term effects of alcohol on the brain and body, research indicates that women are significantly more vulnerable than men. There is one group, however, that is in far more danger than any other: the young.

The Mental Effects of Alcohol on Children

Drinking during pregnancy can lead to highly adverse health effects for the unborn child. Physical impairments, as well as learning and behavioural effects, are far more likely when the mother drinks while carrying the child. Fewer functioning neurons in the brain, as well as slower brain development, are among the effects of alcohol on the brain of an unborn child.

A healthy childhood is essential for brain development, and alcohol consumption among children can also interfere with the production of new brain cells over time. These stages in life are especially delicate, which is why young people should be kept away from damaging exposure to alcohol.

The Benefits of Quitting Alcohol

The good news is that former heavy drinkers, who successfully quit alcohol, tend to experience significant cognitive improvement. For ex-drinkers who have gone sober over an extended period of time, studies show real increases in brain volume, memory, attention span, problem-solving, and the ability to locate objects in two- or three-dimensional space.

These results are not guaranteed, however. The effects of alcohol abuse and alcoholism mean that in many cases, the damage to the brain’s ‘hard wiring’ is long-lasting or even permanent – and people who abuse alcohol should seek alcoholism treatment as soon as possible. The very first priority for any habitual drinker should be to limit the potential damage they are exposing themselves to.

When Alcohol Use Leads to Alcohol Addiction

Alcohol addiction is another dangerous potential outcome for people who have developed a drinking habit. The more alcohol becomes integrated in a person’s life, the more likely it is to lead to a loss of control. The following symptoms are commonly seen among people whose alcohol use has transformed into an alcohol addiction:

The above is a partial list of signs that can indicate a shift from recreational alcohol use to genuine dependency. If you believe that you or a loved one may be suffering from alcohol addiction, it is time to seek help.

Treatment for Alcohol Addiction at The Dawn Rehab Thailand 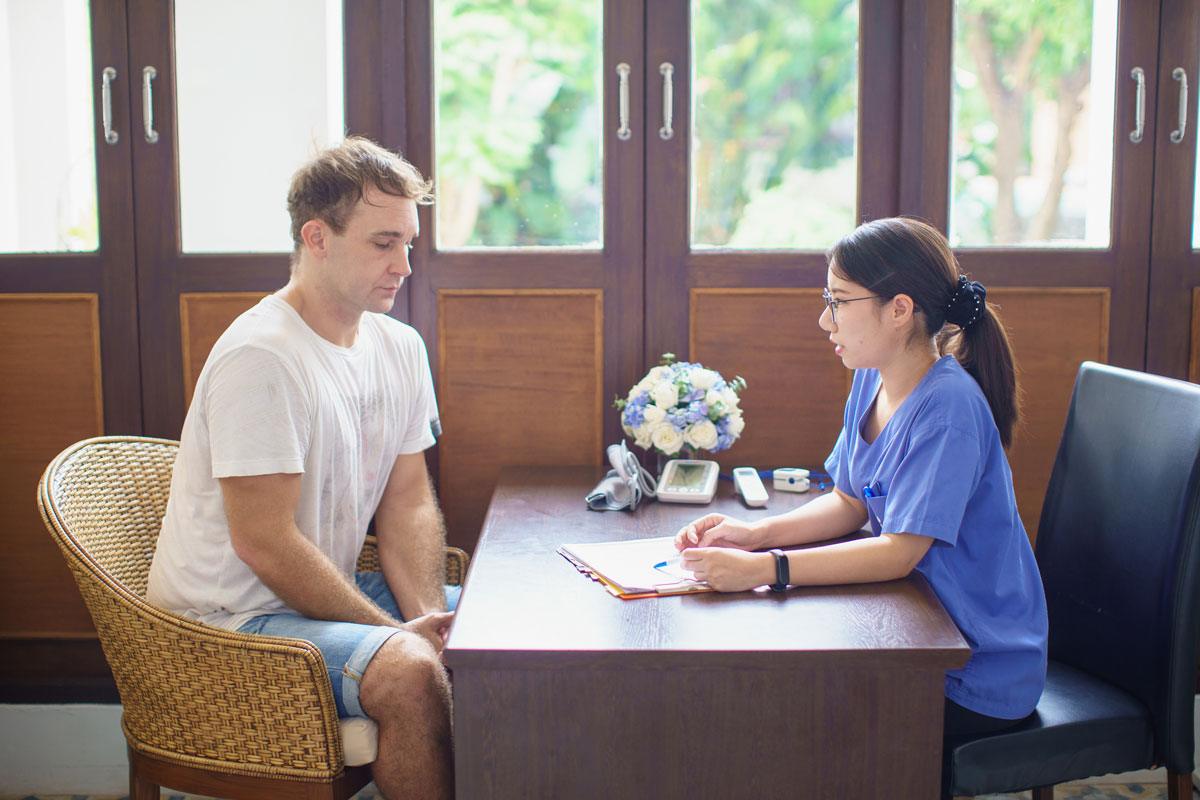 The Dawn offers comprehensive alcohol detoxification and treatment programmes, providing our clients with the resources and support they need to break their drinking habits once and for all. With a highly qualified and licenced team as well as an impressive one-to-one staff-to-client ratio, The Dawn’s holistic, therapy-based approach always involves personalised support for clients throughout their recovery process.

If you’d like to find out more about treatment for alcohol addiction or any other type of addiction, contact The Dawn today for an immediate assistance.