Once best-known as a psychedelic club drug, ketamine has also gained attention as a possible innovation in the treatment of severe depression. However, the chance of negative side effects, including a potential for abuse, underscore the need for awareness of ketamine addiction.

Popular in the party and club scenes, ketamine, or “special K,” achieved notoriety for its use as a potent but dangerous hallucinogenic. New discoveries related to mental health treatment have put ketamine back into the spotlight, as it has shown promising initial results for alleviating symptoms of severe depression. However, ketamine’s potential for psychological addiction shouldn’t be overlooked. Understanding how it works and possible side effects are important steps in identifying potential ketamine abuse.

Ketamine was first used as an intravenous painkiller and surgical anesthetic, with frequent use on the battlefields of the Vietnam War. Because ketamine does not suppress respiratory or circulatory function as much as other sedatives, it was regarded as a relatively safe drug to use for emergency surgeries or short-term procedures, and even became common in veterinary medicine.

However, medical professionals noticed that the use of large doses of ketamine in surgical procedures for humans revealed some negative side effects, including changes in sensory perception, hallucinations or psychosis post-surgery, and patient distress.

How does ketamine work?

The painkilling properties of ketamine stem from its role in blocking NMDA receptors in the body’s nerve cells, which affects both sensations of pain as well as memory function and mood stability.

Less understood is how ketamine works to alleviate symptoms of depression. Some research has suggested that it is related to a direct delivery of the mood-boosting neurotransmitter serotonin as a result of NMDA receptors being blocked, but other studies have linked ketamine’s positive results to its potential role in regrowing brain connections involved in mood. It may also reduce brain signals involved in inflammation, which some research has also linked to depression.

The euphoric, relaxing effects that can be a part of ketamine use as well as users’ increasing tolerance of the drug both factor into its addictive potential.

Traditional anti-depressant medication typically works by infusing serotonin in the brain to boost mood. However, low dosages of ketamine appear to positively counter depression symptoms through different mechanisms, which is one reason scientists are interested in the potential benefits of ketamine for treatment-resistant depression.

Currently, ketamine is available in two different forms for the treatment of depression; intravenously, or with a nasal spray. For either form, people tend to respond to ketamine more quickly compared to other antidepressants, with some feeling relief from symptoms in just a few hours. Ketamine also needs to be taken less frequently, with one dose lasting several days.

The long-term effects of ketamine use for depression are still being studied, and there is more research to be done on exactly how ketamine works. There are also risks of side effects, such as sound or sight distortions, and a potential for addiction.

Illicit Use of Ketamine

Known for its dissociative and hallucinogenic effects, recreational ketamine users often feel as though they are in a dream-like state. As a street drug, ketamine can be injected, snorted, or ingested, and typically comes in a powder form. Because ketamine can cause confusion and amnesia, it has also been used as a date-rape drug.

Abuse of ketamine has been associated with a range of potentially harmful physical side effects, including:

Urinary and abdominal issues are common side effects of recreational ketamine use, with some people experiencing severe stomach and bladder pain. People using ketamine can also become so detached from reality that they fail to perceive danger or feel pain, which can put them at far greater risk of hurting themselves while intoxicated.

Though ketamine does not cause physical addiction, psychological addiction is possible. Regular users tend to develop a tolerance for the drug, which leads them to ingest larger and larger amounts, thereby increasing the risk of overdose.

If you or a loved one is addicted to ketamine, professional support is needed in order to move past a period of psychological withdrawal and to practice other, healthier coping mechanisms. Because ketamine use can have significant impacts on memory retention, it may be difficult for someone to accurately remember details of their use or even identify that they have an addiction. This is why focused, inpatient treatment is a good option for those with a ketamine addiction.

For people who also have a co-occurring disorder, such as treatment-resistant depression, a strategy will need to be developed to treat this along with the addiction in order to sustain the recovery.

Living with treatment-resistant depression can be painful and frustrating, exacerbating symptoms and putting people at greater risk for negative health outcomes. It is important to note that medications alone cannot address root causes of depression.

If you or a loved one has treatment-resistant depression, it’s essential to be in conversation with a mental health professional who can work closely with you to review and alter your treatment plan until you find an approach that works. Generally, a combination of methods, including talk therapy, lifestyle changes, and the use of innovative technologies for depression treatment are employed in order to bring relief to someone struggling with treatment-resistant depression.

Treatment for Ketamine Addiction at The Dawn 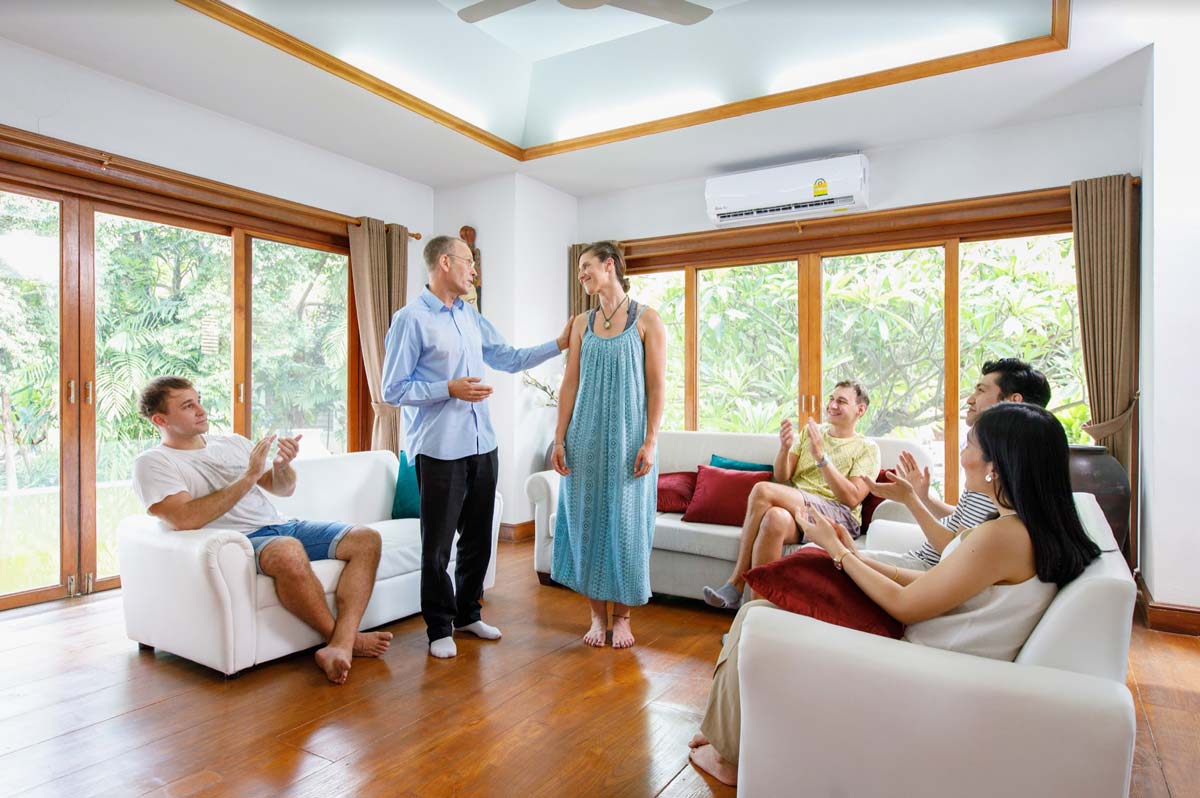 At The Dawn Wellness Centre and Rehab in Thailand, we have helped many individuals struggling with ketamine addiction and co-occurring disorders. The fundamental objective of our programme is for clients to achieve and maintain long-term recovery by equipping each person with a personalised set of coping tools to use when dealing with life’s challenges. Our compassionate staff works closely with each client to create a customised treatment plan to specifically target their unique needs, and which is revisited and adapted as needed to ensure successful treatment.

Our “Twin Pillars” approach to addiction and mental health treatment involves a careful blend of a variety of effective psychotherapeutic techniques with proven wellness practices in order to holistically address root causes of addiction and promote a healthy, sustainable recovery.

Call us today to learn more about how we can help you overcome ketamine addiction and build a healthier future.