With cocaine use at an all time high in Sydney and urban Australia, you might be wondering, “just how addictive is cocaine?” Though the increasing prevalence of its use might seem to suggest that the risks aren’t so serious, the reality is it remains one of the world’s most addictive drugs.

In Australia, the truth about cocaine use can be found in some unexpected places. A recent analysis of Australian wastewater stores by the Australian Criminal Intelligence Commission revealed that the use of cocaine is on the rise, with an estimated 5.7 tonnes of cocaine consumed between 2019-2020, and residents of Sydney leading rates of consumption.

These findings were backed up by a report written by the National Drug and Alcohol Research Centre (NDARC), which indicated not only an increase in cocaine availability, but also the prevalence of use and related hospitalisations. Both studies suggest that there is rising potential for cocaine addiction among Australians, and underscore a need for understanding about the risks of use and the benefits of cocaine rehab treatment.

Cocaine Use and Addiction in Australia

There is a glamorous mythology around cocaine use embedded in popular culture. Seen on screen as the drug of choice for successful corporate bosses and film stars, even the risks are shown as exciting. For example, in Sydney cocaine use has spread throughout different areas of the city, both due to its increasing availability and ease of access, as well as a perception that the use of cocaine is socially acceptable. Cocaine is marketed as a celebration or a reward when in reality there is a tremendous amount at stake for regular users, including the potential for addiction.

The rise in hospitalisations linked to cocaine use are indicative of this less attractive but very real effect of the drug. As regular users develop a tolerance for cocaine, they require larger amounts to achieve and maintain the high, putting them at greater risk for overdose. Research shows that this is exactly what is happening; the NDARC report revealed that the cocaine-related hospitalisation rate in Australia increased from 5.1 per 100,000 people in 2011-2012 to 15.6 per 100,000 people in 2017-2018, with numbers seeking treatment for cocaine addiction expanding as well.

It’s not only higher doses that can be dangerous. Recently in Sydney, two people died and 11 were hospitalised when they unknowingly ingested cocaine that had been laced with heroin. Because the potency or content of illicit drugs is often uncertain and inconsistent, this puts users at risk for accidental, and potentially fatal overdoses.

Is Cocaine Addictive and How Much So?

The rising prevalence of cocaine use in Australia likely offers a false sense of security – if more people are using it, how bad can it really be? Cocaine is widely recognised by public health agencies as one of the most addictive drugs available. This is due to its unique interactions with the brain and its euphoric effects.

Cocaine works by flooding the brain with dopamine and serotonin, neurotransmitters connected to feelings of pleasure and well-being. The brain quickly becomes accustomed to these heightened levels, spurring cravings for the drug. Abstaining from use produces an initial “crash,” a period of time where people feel exhausted, depressed, and anxious, and may be followed by longer-term withdrawal symptoms. These factors contribute to both physical and psychological dependence on cocaine that can be hard to break without professional support.

Am I Addicted? Signs of Cocaine Addiction

It can be hard to accept that you have developed a dependency, particularly if you are in situations where cocaine use is normalised. However, being able to assess if you or a loved one has an addiction is critically important in getting help and preventing long-term negative health impacts. Some indicators of cocaine addiction include:

Another indicator that you may be addicted to cocaine is overdose. Consuming large amounts of cocaine is generally a sign that you have developed a high tolerance, but this tolerance shouldn’t be considered a protective element against overdose. Tolerance can shift unexpectedly due to a variety of factors, opening the potential to push your body dangerously beyond its limits. Symptoms of cocaine overdose include:

In some cases, overdose can lead to a major health event such as a heart attack, seizures or stroke. For those who mix cocaine with other substances like alcohol, this combination of drugs can further intensify the impacts on the body and the potential for dangerous side effects.

If you’ve developed a physical or psychological dependency on cocaine, you will experience symptoms of withdrawal once you stop using it. Symptoms usually begin around 6-12 hours after your last dose, starting with a “crash” that can last several days. This is then followed by longer-term withdrawal effects, characterised by symptoms including:

These symptoms of withdrawal can last for weeks or months as the brain’s neurotransmitters gradually recalibrate to normal levels. Therefore self-initiated cocaine detox is never recommended.

Long-Term Symptoms of Cocaine Use

Sustained use of cocaine has toxic effects on the body, and can result in serious and potentially debilitating consequences to both physical and mental health. These can include effects like:

To avoid long-term and potentially permanent impacts to your health, it is essential to seek treatment for cocaine addiction.

How to Overcome Cocaine Addiction

Addiction is a medical condition that involves long-term management and care, similar to diabetes or asthma. Overcoming addiction is therefore not only about committing yourself to stopping your drug use, but also about connecting with the right resources to help you heal as your brain and body adjust to life beyond cocaine.

The complex physical and psychological factors affected by cocaine addiction are what make professional treatment so important. Addiction specialists can help you not only identify the root causes behind your drug use, but also lay out an array of coping mechanisms and supportive tools that can be adjusted to suit your particular needs. This helps set you up for a successful, sustainable recovery, and adopt healthy, productive ways to manage stress.

Cocaine Rehab in Thailand at The Dawn Wellness Centre and Rehab 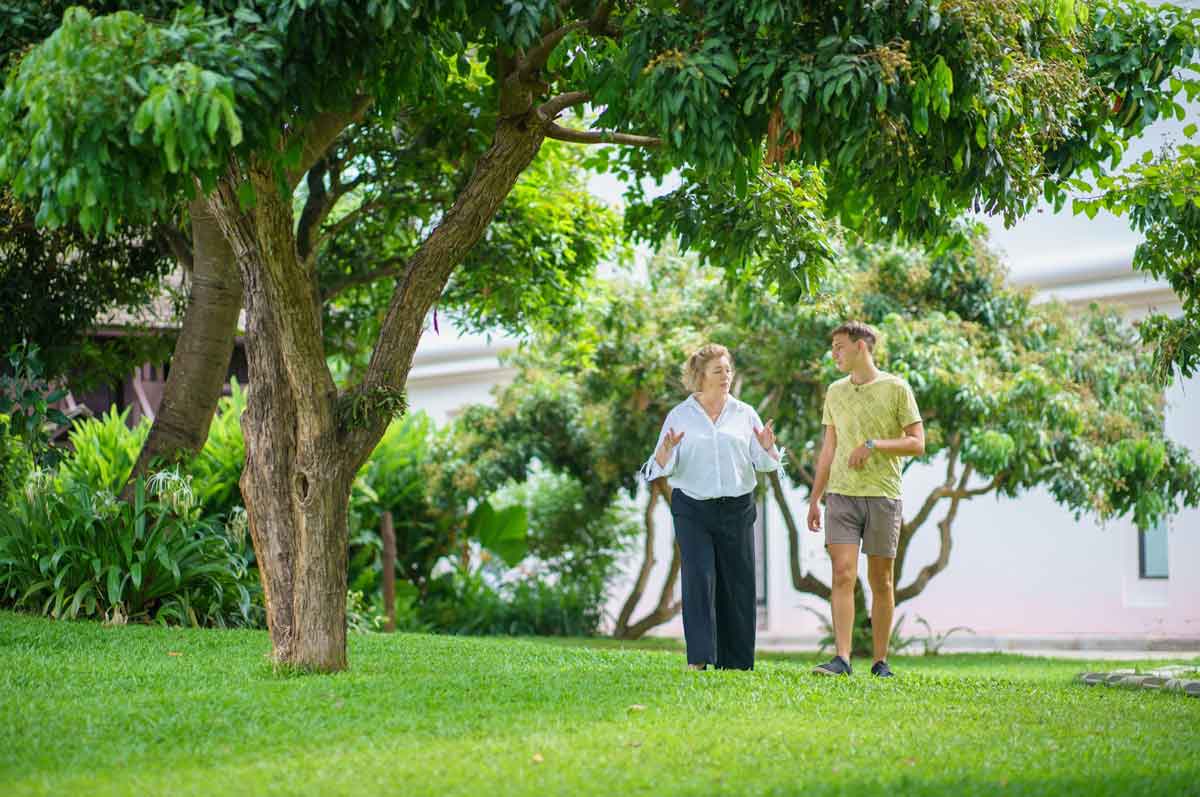 At The Dawn, we offer a Signature Addiction Programme that includes professionally monitored cocaine detox followed by cocaine rehab — it is specially designed for those struggling with substance addiction as well as co-occurring disorders. Our main objective is to help clients achieve and maintain recovery by equipping them with a personalised set of coping skills and tools to use when confronted with life’s challenges, reinforcing resiliency and extinguishing the desire to use again.

Our programme is delivered by a compassionate, internationally-trained team of counsellors and psychologists who work to maximise outcomes for our clients. You’ll return home re-energised, motivated, and ready to face life’s challenges.

If you think you or a loved one may benefit from cocaine rehab in Thailand – far from triggers, but aren’t sure what to do next, call us today and learn more about what your options are.