You are tired of hearing people tell you that you smoke too much pot, and you are mostly convinced that your marijuana use is not a problem. You may even argue that it’s actually good for your mental health. However, chronic marijuana use generally signals that not all is well in your psyche.

You are smoking a lot of weed these days, and when people bring it up you dismiss it easily. The legalisation of marijuana in different areas of the world may make you feel more comfortable with using it more often. You might brush it off by saying, “Well, it helps me relax,” or “It’s not addictive,” or “It’s better than drinking all the time!”

In some ways, arguing back and forth about the dangers of marijuana or its addictive potential is beside the point. The reality is, if you are relying on marijuana as your primary way to cope with stress and get through your day, your use is problematic. Ignoring the possibility that your use of marijuana could be a way of dealing with serious underlying issues denies yourself the opportunity to fully address those issues, develop a healthy variety of coping mechanisms, and live a more balanced life.

Yes, I’m a Frequent Marijuana User. So What?

It is relatively easy to downplay marijuana use, particularly if you are comparing it to other “harder” drugs. While marijuana is not the most dangerous drug on the market, that doesn’t mean that it doesn’t come with side effects, or that consistent use is beneficial. Some unpleasant and potentially long-term side effects of marijuana include things like:

Aside from this, a reliance on marijuana as a way to get through the day and deal with stress indicates that you are unable to do this otherwise, and therein lies a serious issue. If you feel uncomfortable navigating your days sober – whether it is because you feel overwhelmed by stress, anxious about what you have to do, or unable to relax, then it is important to examine what’s behind these feelings that you’re pushing away through smoking weed.

Marijuana as a Way to Cope

Recent studies have found that some chronic marijuana users are using pot as a way to cope with significant levels of stress. While negative emotions tend to drive marijuana use, users don’t always report experiencing positive emotions after smoking pot. Many instead cite the use of marijuana as a way to handle these emotions better, relieving stress, tension, and pain.

The majority of studies conducted on marijuana support the idea that traumatic stress is linked to an increased risk of marijuana misuse. Trauma increases intense feelings of distress, and can overwhelm natural abilities to cope. Childhood trauma, like abuse, neglect, or exposure to community violence is linked to marijuana use, as are negative experiences in adulthood like domestic or sexual violence, combat trauma, or living through a disaster.

Another study focusing on adolescents found that young users also used marijuana as a way to self-medicate undiagnosed mental health disorders. It showed that behavioural issues among young people were a common predicate to later marijuana use, suggesting that these users turned to the drug as a way to both cope with symptoms of undiagnosed mental health issues as well as societal disapproval of those symptoms.

Symptoms that marijuana users may be trying to manage are often related to challenges in regulating emotions, handling conflict or making decisions, or coping with change or adversity. While marijuana’s effects can be useful in short-term alleviation of stress related to these symptoms, addressing the cause of the symptoms and developing expanded methods of coping are critical for successful long-term management of mental health disorders.

Marijuana as a Cure?

There have been advances in understanding marijuana as a medicine for a variety of ailments, including relief from nausea caused by chemotherapy, severe forms of epilepsy, and chronic pain. However, it is important to remember that research on the effects of marijuana is ongoing, and pot is not a panacea.

For those who turn to marijuana to try and ease symptoms of depression or anxiety for example, studies have shown that pot can actually worsen these disorders. This is partially due to the fact that marijuana use does nothing to treat any of the causes of these disorders, but rather partially and temporarily inhibits the ability to feel the stress generated by them. As soon as the high wears off, you need to smoke more, or deal with the discomfort of the symptoms.

Successfully managing stress and negative emotions depends on knowing what generates those feelings and having a range of strategies to address them. This is where professional mental health support can be invaluable. A therapist can work with you to understand the root causes of these feelings, and then develop multiple ways to handle them when they become overwhelming.

People who are both physically and mentally healthy have a broad array of coping mechanisms at their disposal to manage stress. This allows them to avoid dependence on one or two methods of coping, and limits interaction with unhealthy ways of coping that could factor into an addiction. This means that when stress levels are high, a person can choose between a variety of activities or practices that make them feel better – going for a run, doing yoga, listening to music, cooking, meeting up with friends, or talking it out with a trusted confidant. For certain mental health disorders, regular therapy, medication, or other targeted interventions will likely be part of this overall coping strategy.

By allowing yourself to expose what’s at the root of your marijuana use, rather than using your energy just to cover it up, you give yourself the ability to actually overcome some of the problems hiding below the surface and ultimately to feel better about life. Diversifying your coping toolbox also gives you the opportunity to connect with new life experiences that generate relaxation, satisfaction, and a sense of peace, breaking the isolation and emotional numbness that can often accompany chronic marijuana use.

Getting to the Cause of Chronic Marijuana Use at The Dawn 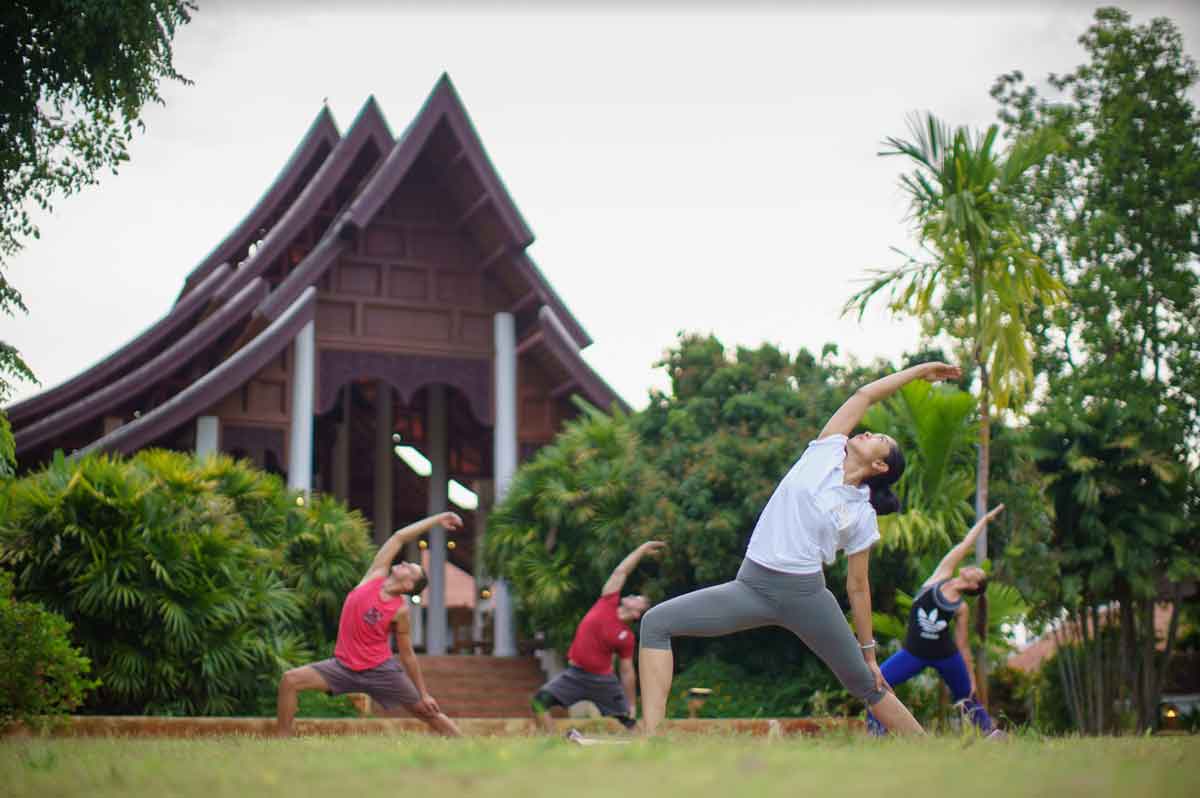 The Dawn Wellness Centre and Rehab offers a long-term rehab to ensure that the unique needs and all aspects of marijuana addiction and co-occurring issues are addressed comprehensively. Located amidst the stunning hills of northern Thailand, The Dawn is internationally accredited by the AACI and licensed by the Thai Ministry of Health.

Our team of specialists offer a range of treatment modalities through our unique “Twin Pillars” approach to treatment, which blends psychotherapeutic techniques with proven wellness practices to identify the root causes of your disorder and transform the way you respond to stress and triggers. When you leave The Dawn, you will be equipped with the self-understanding and coping skills needed to live your life fully, and without dependency.

If you are ready to shed your reliance on marijuana and change the way you approach your life, call The Dawn today.