Your husband’s prestigious job posting overseas was supposed to be the beginning of an exciting new chapter in your life. But ever since the move, you’ve been feeling empty, depressed, and anxious. You want to be supportive, but should that mean pretending you have it all together?

It all sounded almost too perfect. A fresh start in a new country, with plenty of chances to enjoy, explore, and experience a new and exciting part of the world. Friends were congratulating you, your husband was stepping up in his career, and a much-needed change of scenery was right around the corner.

The downsides were easy to ignore at first, but then grew into real problems. You left your job to come here, as well as your friends and family. Language barriers reduced your ability to form social connections, and you began feeling like an outsider. Soon the pressure began mounting, to find the best new school for the kids, make new friends, and figure out how to create a life in an unfamiliar land.

Your husband is extremely busy with his new job. And, although you’re very proud of him, he doesn’t seem to have as much time for you anymore. You even feel a little guilty for feeling this way. You want to tell your husband how you feel, but how could you complain about your own unhappiness when this all began with the great news of his big promotion? Your friends and family back home don’t understand either. To them, you’re off on a thrilling and exotic adventure.

You might feel alone, but what you’re going through is actually quite common. Expat wives often struggle with mental health issues. In fact, nearly 40 years ago Mary Bralove from the Wall Street Journal coined the term “trailing spouse” to mean “a wife who leaves behind life in their home country for the benefit of her husband’s career.” Times have changed, but the issues she described haven’t gotten a lot easier to deal with since then.

Feeling Like a Fifth Wheel can Lead to Depression

Women are far more likely to drop their careers to follow their husbands overseas. Up to 84% of expat spouses are women, and 72% of unemployed expat spouses said they left a career when they moved abroad, according to a 2015 InterNations survey. The trailing spouse is far more likely to be negatively affected by the move, because they have given up more and they have less support available in the new country. 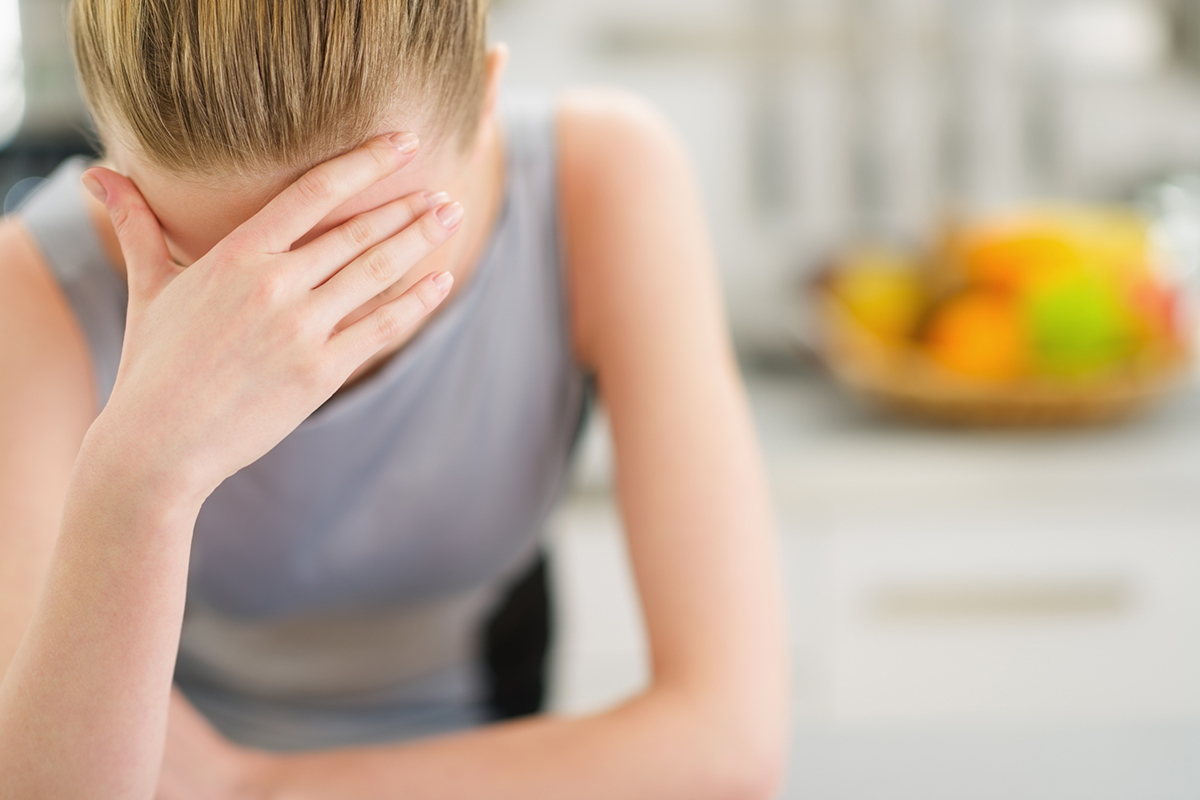 Spouses who move abroad for their partner’s work not only give up on their own jobs, but also their former social circles and lifestyles. This loss of identity and purpose can be emotionally jarring. With a lack of a structure in their new lives, they can feel isolated and frustrated. A 2016 report claimed depression was the biggest affliction among expat women aged 30-49.

While working husbands have the continuity of an organized job structure and the children have the routine of school, stay-at-home wives have no immediately available support system or purpose to their new lives.

For wives who sacrificed their career plans to follow their husbands, their new-found freedom may feel especially unproductive and wasteful, especially in places like Southeast Asia, where lower costs of living and the affordability of maids, cooks and drivers can allow for an especially lax lifestyle.

Trailing spouses may also question their sense of worth; they are labelled ‘dependents’ on their visas, making them wholly reliant on their working husbands. If such spouses were accustomed to making more of a contribution to family life, this role change can lead to feelings of regret and inferiority. 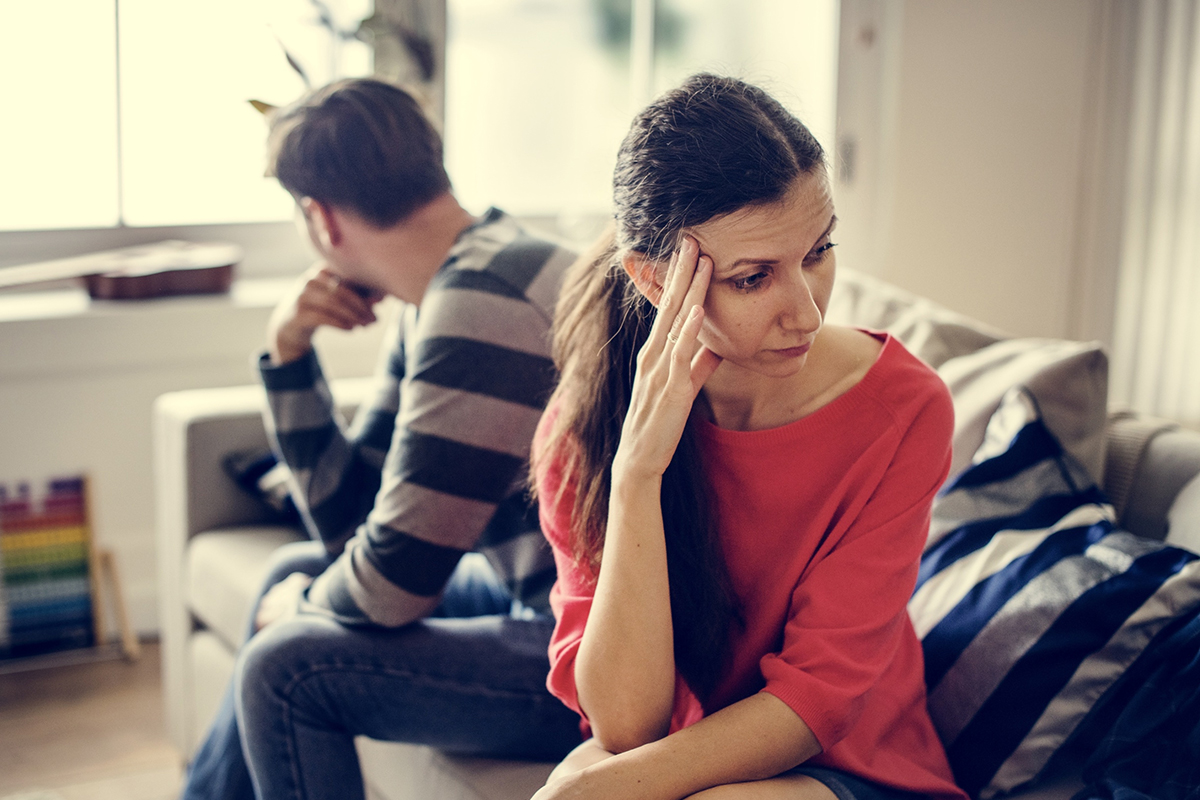 Culture shock can be another contributing factor to feelings of anxiety and depression. If you move to a new country but can’t speak the language, you will have a hard time fitting in with the culture that surrounds you. Stay-at-home spouses are especially vulnerable to this issue, as they receive even fewer opportunities to create new social circles.

To cope with feelings of loneliness, isolation, and stress, some spouses self-medicate with alcohol or other substances. These types of actions only aggravate the underlying issues, trading temporary relief for a range of new and more serious problems.

To make things worse, the invisible nature of mental health challenges and the privileged status of expat families can act as a barrier to the open discussion of such issues. Fortunately, there are many things you can do to mitigate your feelings of loneliness, anxiety and depression.

All Problems have Solutions

Taking up a class, attending organised social gatherings, or volunteering your time to support a worthwhile cause can provide genuine opportunities for expats to meet people who share a common interest. This ability to bond over a shared interest often makes new friendships possible, which in turn can help with the struggle of leaving behind your personal support network at home and re-establishing a new one. Moreover, forming such a bond with other expats can be particularly helpful, as they tend to experience the same difficulties and will already have plenty of other things in common with you.

Finding a passion or hobby is another effective way to give your life a new sense of meaning and satisfaction. Hobbies help people become self-motivated, while striving to achieve a goal can also help to deal with the identity crisis that you’re experiencing.

It is also worthwhile to invest some time into learning the local language. Though acquiring a new language will be difficult at first, it will ease the transition of immersing yourself into the new community. Generally speaking, the locals will greatly appreciate your efforts – and the classes themselves often provide an excellent opportunity to express your feelings and meet new people.

Mental Health Support at The Dawn for Expat Spouses

If your feelings of anxiety and depression persist, do not hesitate to seek professional help. Today, people are far more aware of mental health issues, but many remain reluctant to address them directly.

You may even feel like your privileged position as an expat wife with a successful husband means that you have no right to feel the way you’re feeling. Nothing could be further from the truth. If you have a broken arm, you wouldn’t hesitate to seek professional help. The same should be true of mental health issues like anxiety and depression.

The Dawn Medical Rehab and Wellness Centre has helped scores of struggling expat wives with professional counselling in a small, secluded setting. We provide tailored treatment for a variety of mental health issues, helping our clients rediscover inner peace and wellbeing through a comprehensive therapy and wellness approach. For more information on how you can overcome anxiety and depression, contact The Dawn today.