There are those that contend that marijuana addiction isn’t a real thing and at most it only leads to dependence, which is much more easily treatable and not as much of a big deal according to the pro marijuana legalisation contingent. There are also those who claim that pot has no real addictive qualities at all.

Others contend that cannabis is highly addictive and can cause bad side effects psychologically and physically, particularly when the user stops. They’re behind anti-drug films like “Reefer Madness” or PSAs (Public Service Announcements) on how marijuana is a gateway drug of the worst kind that leads to usage of other harder drugs.

What’s the truth? Is marijuana addictive or not Regardless, it’s about time we’ve taken a look at what marijuana addiction entails and some of the techniques you can use in order to control the urge of smoking hash or weed on your own volition.

What’s the Deal with Marijuana Addiction?

Marijuana has about the same addictive properties as alcohol. About 10 percent of the people smoking pot will end up dependent or addicted to it. Meanwhile, 90 percent of the weed-smoking population can use it in a recreational fashion without it leading to substance abuse.

Studies on Marijuana Addiction: Daily, people go to 12-step programmes or drug rehab services in order to deal with their marijuana dependence. A particular study took note of the marijuana usage of 2,446 teenagers to adults between 14 to 24 years of age. They were followed for 4 years and then 10 percent of them showed a propensity for marijuana addiction.

Meanwhile, 17 percent of them had symptoms of withdrawal when they stopped using pot. As for 14 percent of them, they had issues with usage control. Finally, about 13 percent of them continued to use marijuana although they had health problems because of marijuana usage. In short, marijuana addiction is real but a minority of users experience it.

The 10 Percent of Users: One out of 10 users can end up abusing the drug because the substance affects him/her in such a way that controlling its use by his/her own force of will or willpower might end up difficult. They’ll continue to use marijuana even though it has negative consequences to their life financially, physically, and mentally.

Cross Addiction: Cannabis is one of the most difficult drugs to quit. This isn’t because it’s more addictive than something like cocaine or heroin. Rather, the addicts themselves are reluctant to stop using it. They view it as their final vice of sorts. This is because marijuana is usually the gateway drug to other drugs.

Using cannabis can lead addicts to use more addictive drugs down the line. Then when they decide to quit their growing addiction, they usually decide to quit marijuana last. The reason for this is because they believe the drug can help them survive quitting so many drugs, as though it serves as a nicotine patch they can use to wean them off of their “worse” addictions.

Dependence and Tolerance: When marijuana is used over a lengthy amount of time, it’s known to cause dependence and tolerance. Tolerance is otherwise known as desensitisation, wherein you need more of the substance in order to maintain the same quality of high due to the body adapting to the drug’s effects.

Why Marijuana Addiction Is Damaging: Many proponents of marijuana argue against the idea that marijuana addiction is even existent. Or if it does exist, it’s no worse than alcohol addiction. In other words, pot should be enjoyed moderately (and legally) like its alcoholic counterpart.

Modes of Marijuana Intake: Marijuana is usually smoked like a cigarette or cigar in order to produce a euphoric and/or relaxed effect depending on the strain or variety of cannabis. There are those who choose to eat it in order to get a longer lasting if milder effect of getting stoned or getting high.

Due to the aforementioned debate or controversy, there’s limited information regarding marijuana addiction. Even though the medicinal benefits of cannabis are well-documented, thus leading to its legalisation in some states for the sake of covering its medical demand, it also comes with risk and dangers, particularly when abused.

The Signs and Symptoms of Marijuana Addiction 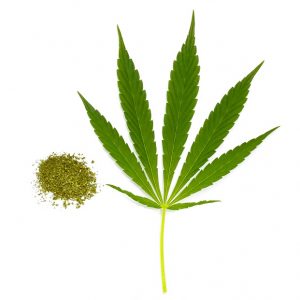 There are times wherein it’s hard to be objective when gauging the severity of your drug use compared to friends and family. To figure out that you’re addicted, you should understand the signs of addiction.

Are you actually addicted to marijuana? Have you shown at least a modicum of dependence to the Schedule I drug? Then watch out for the following withdrawal symptoms. Abuse of marijuana can lead to the following once you stop:

As these symptoms progress, they’ll usually come at you at their strongest around the 3rd or 4th consecutive day of your cannabis abstinence. After a week or two weeks, all the symptoms of cannabis withdrawal should go away and the user can return to his normal life.

Alas, there are marijuana use symptoms that can go on and on for a long, long time. Many of these effects or complications are psychological or mental in nature. Thusly, they’ll need some type of counselling or therapy in order for you to overcome them.

On that note, Columbia University claims that marijuana addiction is supposedly both physical and psychological. As for the mental marijuana effects, they include:

In regards to marijuana’s effects on the heart, they include:

The effects of cannabis on your lung involve these symptoms (especially if you primarily smoke pot rather than ingest it in some other way):

As for the effects of marijuana on your life, expect the following:

What to Expect of These Marijuana Symptoms

If you’ve discovered or realised that you’re addicted to cannabis, then it’s your chance to change your lifestyle. Learn more about relapse prevention strategies and recovery skills from addiction in order to function normally and properly without marijuana. Essentially:

Does this make smoking pot okay? There are those who’d argue that yes, it’s justification. However, there are also those who explicitly state that no, it’s not a justification at all and marijuana abuse can lead to brain damage, among other complications.

The Consequences of Marijuana Use 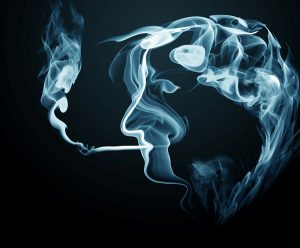 Regardless of how it’s taken, there’s a real risk of feeling like you require marijuana every day, so you might have troubles stopping using it on your own volition. In any case, there are various consequences related to marijuana use that pot smokers need to be aware of.

According to a 7-year study that involves 1,601 students who are 14 to 15 years of age, 60 percent of the students became marijuana users or at least tried out cannabis by 20 years of age. Meanwhile, 7 percent of them ended up becoming daily pot smokers. The young females of the volunteers who were daily marijuana users were five times more likely to develop depression to boot.

Codeine is about as effective as marijuana when it comes to pain control according to a research study. To be more specific, smoking weed by blunt or by bong is no more effective in controlling your mild to severe pain than 60 to 120 milligrams of codeine.

This is according to 9 clinical trials comparing cannabis with other pain medication in 222 patients in total. The research study also examined 2 chronic non-malignant pain trials, 2 acute postoperative pain trials, and 5 cancer pain trials.

However, unlike codeine, more side effects can be found in marijuana, including increased risk for psychosis and depression. This is why you shouldn’t depend on marijuana as a painkiller unless you have no other viable options.

You need to first recognise that you have an issue with marijuana in order to take your first step to recovery and sobriety.

Overcoming addiction to marijuana is a journey you shouldn’t take lightly, especially if you’re already in a rut. You can end up depressed and anxious due to your pot usage.

You might have also changed your relationships with your wife, children, parents, siblings relatives, friends, coworkers, or boss for the worse due to your usage and suffer various other problems as a result of your marijuana abuse.

You might have turned into a neglectful father and husband because you’re more concerned about getting your next hit. You could have also abandoned your work responsibilities or ended up in debt because of your severe marijuana addiction.

Thankfully, there are various ways you can go about overcoming your marijuana addiction, whether it’s short-term or long-term addiction.

The Addictive Potential of Marijuana 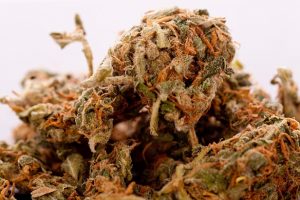 With that said, long-term marijuana usage or cannabis abuse can lead to quite a number of harmful side effects. Abruptly stopping smoking marijuana without first weaning yourself off of it gradually or after a prolonged phase of usage can lead to the abovementioned withdrawal symptoms.

Marijuana Addiction Rehabilitation Programme at The Dawn Rehab in Thailand

We at The Dawn Rehab in Thailand specifically offer 12-step cannabis recovery programmes, counselling from our top-rated addiction specialists, and dual diagnosis treatment that you won’t find in just any other Thailand wellness centre. In fact, many other rehab facilities refuse service to addicts with co-occurring drug addictions and mental illnesses. This isn’t the case with the Dawn Rehab.

We believe in our dedicated staff, crew, and clinical team in giving assistance to those suffering from marijuana addiction. We offer the highest opportunity for success because of the number of inpatient and outpatient options they could avail of for recovery. Contact us today to learn more about our complete and dedicated services for marijuana addiction and other addiction types.