Do you feel like your drinking isn’t a problem just because you don’t drink like “an alcoholic”? Alcohol addiction manifests in many different ways that often challenge our typical ideas of what alcoholism looks like.

When you try to justify your drinking to yourself or someone else, you may find yourself saying something like:

“Yeah, I like to drink. But it’s not like it affects my work.”
“A few drinks at night relaxes me, but I’m not some raging alcoholic.”
“I know I drink a lot, but it’s only on the weekends, and I don’t usually black out.”

Many people struggling with alcohol misuse are in denial about the seriousness of their condition. While some may reject that their use of alcohol is problematic, others may admit that they should “cut back,” but insist that they are not “an alcoholic.”

Part of this denial is rooted in common misconceptions of what alcohol addiction looks like. A recent study has shown that there are actually five subtypes of alcohol misuse, showing that addiction to alcohol can manifest in distinct but lesser-recognised ways. Understanding the various presentations of alcohol addiction is an important first step in assessing if you or a loved one might have an unhealthy relationship with alcohol.

Easily mistaken for somebody “just young and having fun,” this type is the most common type of problem drinkers, representing about 32% of those misusing alcohol. Young adult subtypes start exhibiting compulsive, problem drinking in their early twenties, which tends to manifest as episodes of binge drinking rather than daily intake. These users generally report few adverse effects of their alcohol use except for hangovers or withdrawal effects due to excessive drinking, and are among the least likely to acknowledge they have a drinking problem.

Another subtype of younger alcohol misusers, the young antisocial subtype starts drinking in their mid-teens and by 18 have developed a drinking problem. These users tend to also smoke cigarettes as well as marijuana, and may feel that intoxication is necessary in order to relax.  Over half have an antisocial personality disorder that co-occurs with their alcohol addiction, and/or have a family history of alcohol addiction. This subtype makes up 21% of those experiencing alcohol addiction, and about one in three will seek treatment.

What is Antisocial Personality Disorder?

Antisocial personality disorder is a mental health condition in which one has trouble distinguishing between right and wrong. This can manifest in impulsive, aggressive, or violent behaviour, as well as lying, manipulation, and antagonism. People with this disorder often show little guilt or remorse for their actions. Antisocial personality disorder is commonly linked to substance misuse, as people living with this disorder seek out ways to manage their symptoms.

This subtype is likely to brush off any concerns about their drinking habits with a statement about how their drinking doesn’t affect their work, their family life, or their hobbies. But while they may be able to toss back six cocktails and still make it to a 5.30AM spin class, that doesn’t prove that they do not have an alcohol addiction. These subtypes are typically middle-aged, educated and have successful jobs and family lives, despite consuming five or more drinks about every other day. Functional drinkers tend to be able mask emotional distress or anxiety, which can help project a false sense of stability and normalcy around their drinking. Around 19% of alcohol misusers will fall into the functional subtype.

Intermediate familial subtypes are generally middle-aged, and around 50% will have relatives that also have an alcohol addiction. Often starting to drink in their late teens and developing a drinking problem in their thirties, this subtype tends to present with other co-occurring disorders such as clinical depression or bipolar disorder. Part of the addiction may come from attempting to cope with the emotional symptoms of these other disorders. Most intermediate familial subtypes smoke cigarettes and around 20% also misuse marijuana or cocaine. This subtype makes up approximately 19% of those with alcohol addiction.

Though this is the least prevalent subtype, making up approximately 9% of those with alcohol addiction, it is the one most commonly understood to be indicative of an alcohol addiction. This subtype tends to have a strong genetic or familial link to alcoholism, and likely started to drink at a young age. Mostly middle-aged and male, this subtype often presents with other co-occurring disorders, including other substance addictions. Their alcohol use is extreme and prevents them from having stable work or familial relationships, and contributes to a high rate of divorce. The chronic severe subtype is the most likely to seek help for their addiction, with about two-thirds entering a treatment programme.

Newer studies have introduced other classifications of alcohol misuse, including those at risk for “alcohol induced injury,” such as swimming, having unsafe sex, or driving while under the influence, or those with “difficulty cutting back,” who may not be experiencing serious negative effects but are finding it challenging to curb their alcohol use.

The important takeaway from all of these studies is that alcohol addiction takes many different forms, and occurs in younger adults just as commonly as it does in middle-aged adults.  Due to this variation, and the ability for some subtypes to hide or downplay their drinking, not every person with a drinking problem will be recognised or treated, which leaves them vulnerable to the long-term effects of alcohol misuse.

These effects can occur in anyone who regularly consumes more than the recommended intake established by public health agencies, regardless of their functionality or lack of family history of alcohol abuse.

The bottom line is, if you are drinking too much, too regularly, this is going to have impacts on your health. If you are trying to cut back and are finding that it is more difficult than you anticipated, or if you find yourself getting defensive about your drinking, this could be a good time to contact a specialist to sound out your drinking habits and assess whether you may have a subtype of alcohol addiction.

Finding a Healthier Way at The Dawn 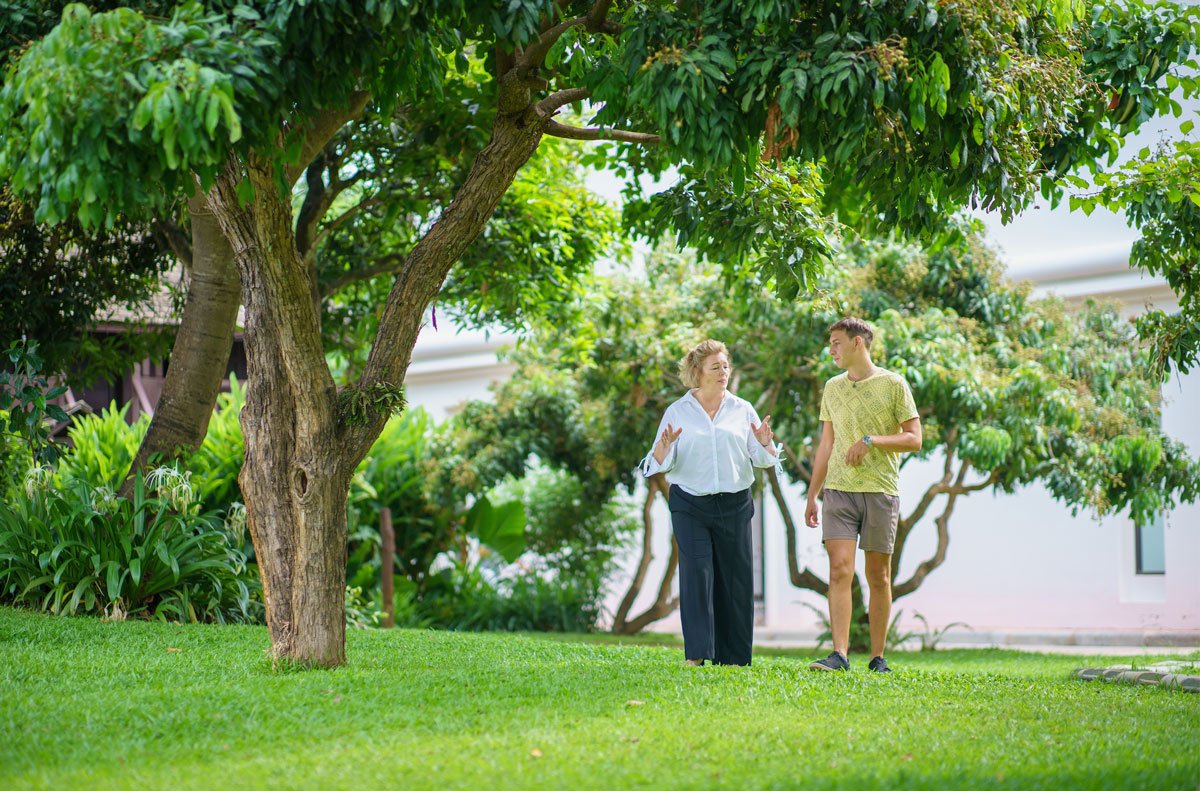 The Dawn Wellness Centre and Rehab in Thailand offers a special six-week Signature Addiction Programme for individuals suffering from alcohol or other substance addictions, as well as co-occurring disorders. Each component of our treatment programme, from the timeframe to the variety of clinically supported activities, have been designed to maximise outcomes for our clients.

At The Dawn, you’ll work with our team of specialists to identify and learn more about the root causes of your addiction, and then develop a personalised set of coping tools to manage stress and relax in a healthy, sustainable way.

Call us today to learn more about how The Dawn can help you live a healthier life.