While the occasional white lie is considered to be a normal part of social interactions, repeated and elaborate fabrications cross into a very different territory. But what do you do when you realise the person you love is a pathological liar?

Persistent dishonesty is a clear sign of something gone wrong in a friend or loved one. As trust is a fundamental component of relationships, repeated violations of it indicate serious problems are afoot. Lying can occur for a variety of reasons, and ascertaining the root cause of the dishonesty is critical in addressing the problem and beginning to rebuild relationships.

What is Pathological Lying?

Pathological lying is broadly defined as telling compulsive, elaborate lies. The lies may vary in terms of function – while some may be told in order to portray the person in a positive or sympathetic light, others may have no clear purpose. Some common characteristics of pathological lying include:

What Makes a Pathological Lie Different from Other Lies?

There is a significant difference between pathological lies and white lies. A white lie, or a lie told to avoid hurt or ill-feelings in another person, is a common by-product of many social interactions. You could truthfully tell your friend, for example, that you think his new haircut makes him look ten years older, but you don’t want to make him feel bad, so you instead say it looks great. White lies are told without any ill-intent, and are generally considered to be harmless.

Pathological lies are continuous, compulsive, complex, and can occur for no apparent reason. This could include creating a completely false personal history, making up a fictional relationship with a celebrity, or claiming to be suffering from a dire illness. When further questioned, your loved one might give quick and detailed responses that only vaguely answer the question. Despite scepticism or frustration from others with the lack of truthfulness, pathological liars often display little concern or guilt about getting found out.

Other factors may also influence the development of pathological lying. For example, childhood trauma can result in the sufferer relying on lies to create a persona that can withstand the negative environment, a habit that can persist into adulthood. Some scientists also believe that different hormone levels, specifically higher levels of testosterone and lower levels of cortisol, may also play into whether a person becomes a pathological liar.

How to Help a Pathological Liar

For adults, pathological lying can be a difficult condition to treat, as lying has often become habitual and automatic. Telling lies can activate the “risk and reward” centre in the brain, meaning that the thrill of telling a lie and the sense of accomplishment the person feels when they’ve gotten away with it can become addictive. This type of addiction, combined with the potential presence of other underlying mental health conditions, can complicate the desire for people who pathologically lie to seek treatment on their own.

Friends and family can be a critical source of support and encouragement for people struggling with pathological lying. If you are trying to have a conversation with a loved one about their lying, it is helpful to keep a few key points in mind:

Finding Your Truth at The Dawn 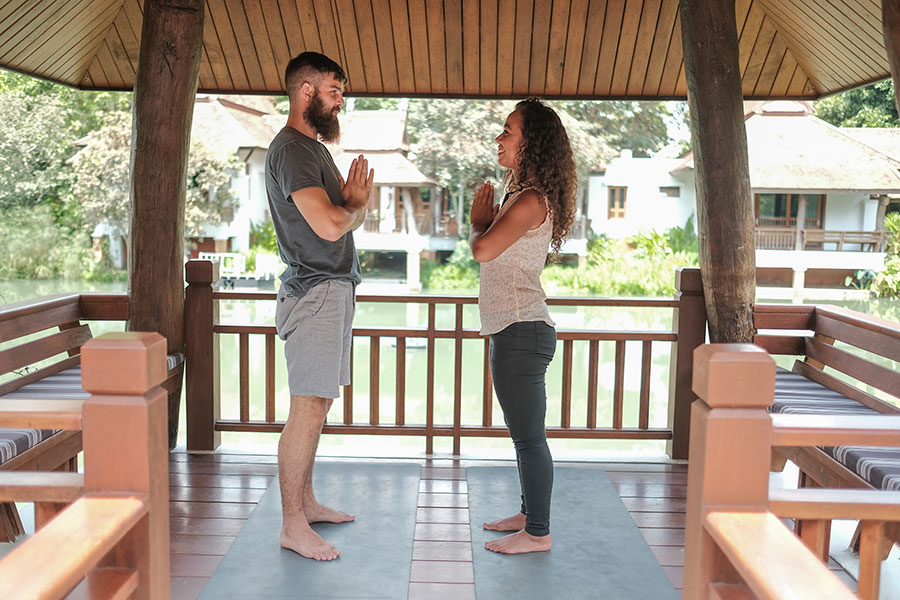 Seeking treatment for pathological lying and potentially other underlying mental health conditions can be a daunting process. At The Dawn Wellness Centre and Rehab, we ensure a compassionate, safe, holistic treatment experience that helps people address the root causes of their condition while reaffirming and strengthening the positive parts of the self. Our highly-individualised treatment plans meet the unique needs of each of our clients to offer the best outcomes.

Our unique “Twin Pillars” approach combines the most effective Western psychotherapeutic techniques with proven Eastern wellness practices to address all parts of a mental health condition. Your loved one will come away from treatment with a better understanding of their condition, how to manage stressors and triggers, and how to maintain a healthy lifestyle.

Our centre is located on the lush riverbanks of Chiang Mai, Thailand. Just an hour’s flight from the capital city of Bangkok, The Dawn is a world away from the pressures of home, allowing our clients to focus completely on their health and recovery.

If you think that your loved one may be struggling with pathological lying, call us today to learn more about how The Dawn can help them rediscover truth, and reclaim a brighter future.

Scroll to Top
We use cookies to ensure your best experience on our website.Accept and closeCookie Policy