October 10 is recognised as World Mental Health Day – while awareness around mental health continues to improve, often questions still remain about how and why mental health issues arise. A better understanding of common conditions and effective treatments is essential in taking the next step towards a healthier life.

“It seems like now everyone is talking about mental health. Do people have more mental health issues now than in previous generations?”

The World Health Organisation estimates that one in four people worldwide are affected by a mental health disorder. Some have argued that mental health was less understood in the past, and therefore mental health challenges were often unidentified. However, a range of studies suggest that anxiety and depression are far more common today than in previous generations. Some researchers partially attribute this to the increased role of technology (including social media), as well as less sleep.

“Are treatment options easier to access than in the past?”

Access to treatment has improved in recent years and a range of therapies, including psychiatric medications, are available to treat a variety of mental health disorders. More effective and specific treatments exist now than in the past, leading to increased success for people seeking to overcome struggles with a mental health issue.

Mental health disorders are conditions that affect your feelings, thoughts, moods, and behaviour. These conditions can be short-term or chronic, and can affect the way you relate to others and engage in your day-to-day life. Like any health condition, mental health disorders require professional care and treatment in order to manage or eliminate symptoms, and aid you in a healthy, lasting recovery. Some of the most common conditions are detailed below:

A mood disorder is characterised by disturbances in your emotional state or general mood. Often, people experiencing a mood disorder find that their emotions are not aligned with the circumstances they are in, or that their moods change both dramatically and rapidly without any particular reason. If you’ve been wondering why you can’t break out of a particular feeling (“Why am I so sad all the time?”), or feel like your moods are out of control, you could be struggling with a mood disorder.

Common types of mood disorders include:

Obsessive-compulsive disorder is another common mental health issue that most often manifests in recurring, uncontrollable thoughts or fears that result in compulsive behaviours. Examples of such behaviours include things like repeated hand washing, checking on something, or cleaning, to the point where these behaviours are interfering with your daily life.

This disorder can also appear as hoarding, where throwing or giving away unwanted or unnecessary items is extremely difficult. Often, people who hoard will feel tremendous anxiety about parting with items, even though the resulting clutter may be causing discord in the home and impacting the quality of their living conditions.

When someone is diagnosed with a personality disorder, this means that their patterns of thinking, behaving, and forming relationships are persistently unhealthy. This creates instability in moods as well as social interactions. If you are struggling with a personality disorder, it may be difficult for you to identify this on your own, as this type of disorder affects perception and the ability to relate to others.

Types of personality disorders include:

Also known as Attention Deficit Disorder (ADD), this disorder often manifests during childhood and in some cases persists into your adult years. Younger people living with ADHD often have difficulty concentrating, experience ongoing impulsive behaviour and hyperactivity, and face challenges completing tasks. These symptoms often lead to struggles with self-esteem and relationship building, as well as problems at school or work. As an adult with ADHD, you might feel easily distracted, forgetful, or disorganised.

PTSD develops in some people after they witness, or are part of, a shocking, frightening, or dangerous event. Triggering events can vary greatly from person to person, and can include witnessing parents being abusive with each other as a child, being the victim of a crime, surviving a car accident, or experiencing the sudden loss of a loved one.

Symptoms of PTSD are typically seen within three months of the traumatic event, and can include ongoing anxiety, flashbacks (including nightmares or persistent thoughts), and a desire to avoid anything associated with the event. Additionally, you might feel constantly tense or on edge, and experience outbursts of anger, sleep disturbances, feelings of guilt or blame, and a loss of interest in things you used to enjoy.

A dissociative disorder is when there is a disruption between reality and a person’s memory, emotion, perception, behaviour, identity, or sense of self. This separation from reality is involuntary, and often develops in response to trauma.

There are several types of dissociative disorders, each with their own particular set of symptoms. These include:

Taking back your health through treatment

Struggling with a mental health issue can be both exhausting and challenging, but better understanding and innovations in the field of mental health have yielded a range of treatment options for every common mental health disorder. Such treatments focus on managing symptoms and helping you identify and overcome any underlying or compounding factors that may be contributing to the disorder. Common and effective types of treatment include:

One of the most common and effective forms of treatment, CBT involves one-on-one psychotherapeutic sessions with a trained therapist. You are guided in identifying problematic thoughts and behaviours by your therapist, who then uses a variety of tested, therapeutic methods to help you develop new habits and thought patterns that strengthen your coping mechanism and alleviate symptoms.

DBT like CBT, uses social interaction to identify and correct negative thinking patterns; however, it adds elements of mindfulness, acceptance and distress tolerance into the technique. Although DBT was first developed to treat borderline personality disorder, it has proven to be effective for treating addictions, various mood disorders, and PTSD.

Another form of CBT, trauma-focused cognitive-based therapy is generally targeted for use with young people struggling with mood or post-traumatic stress disorders related to experiencing abuse, violence or grief. This type of CBT also incorporates elements of family therapy in order to heal the entire family unit, thereby strengthening recovery.

This innovative treatment is directly related to the brain’s ability to process traumatic events, and focuses on establishing new, healthy pathways in the brain. Using guided side-to-side eye movements in conjunction with CBT, EMDR builds stronger neural networks to move past trauma and improve self-esteem and positive thinking.

Another example of an innovative treatment method, transcranial magnetic stimulation uses painless, magnetic waves to gently stimulate nerve cells in the region of the brain that affects mood control and depression. This method has shown to be particularly effective with people who have not experienced relief from their symptoms despite other treatment or medications. While often used to treat depression, this can also be used with anxiety, PTSD, or other mental health issues. 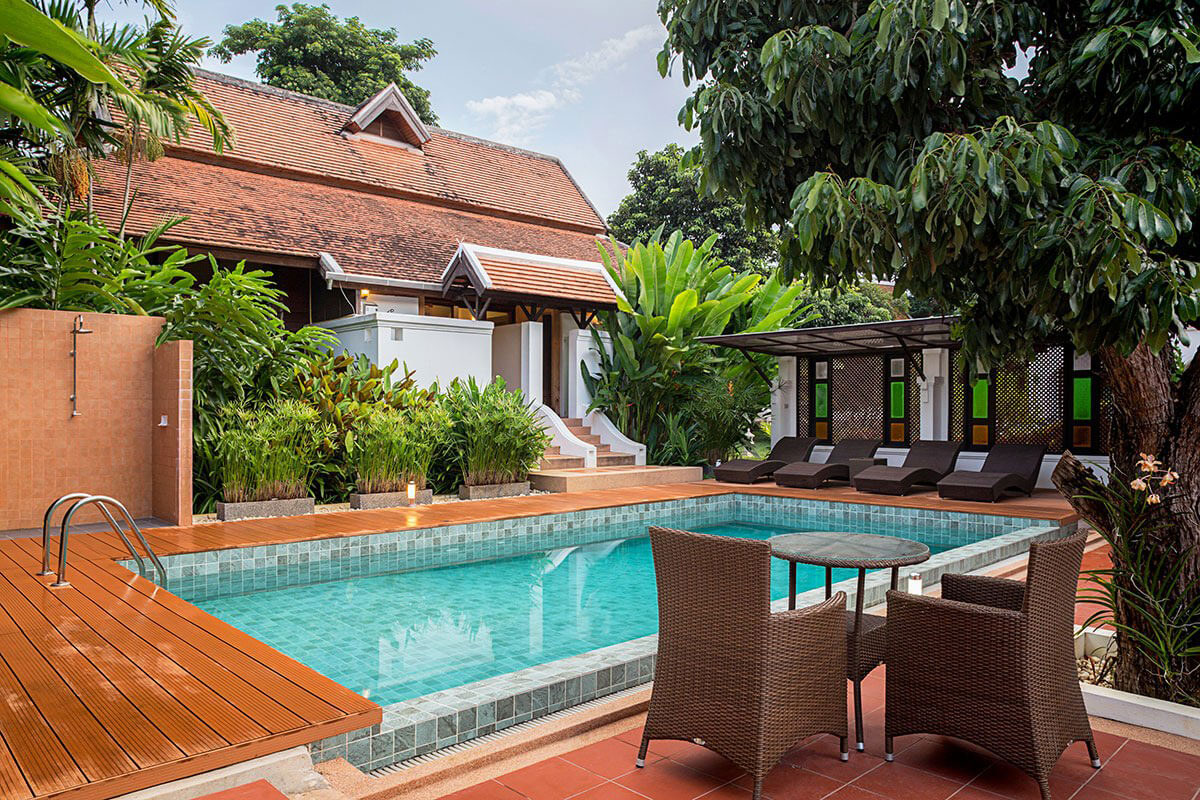 The Dawn is the only specialised residential mental wellness retreat in Asia. Licenced by the Thai Ministry of Health, The Dawn offers clients a personalised treatment plan at its small, resort-like centre. Our programme takes a holistic approach to mental health, utilising tested, effective Western therapeutic techniques like CBT, DBT and EMDR, and enhancing them with Eastern wellness practises like meditation and yoga.

A Multi-faceted Treatment Approach in a Peaceful Environment

Located in a serene, riverside area in Chiang Mai, Thailand, The Dawn provides a safe, welcoming environment with 24-hour access to our experienced, friendly team. Far away from the stressors of home, our diverse palette of treatment options will help you address all factors linked to your mental health issue. We recognise the importance of incorporating proven innovations in treatment, and are currently the only centre in Asia to offer Transcranial Magnetic Stimulation (TMS).

If you are looking for new, effective treatment options in improving your mental health, The Dawn is ready to help you. Contact us today to learn more about how we can personalise a treatment plan for your needs.