You are aware of the opioid epidemic, and you’ve heard about fentanyl – is it really that different from all the others? Getting to know the unique risks around fentanyl is crucial in keeping you and your loved ones safe.

Fentanyl is currently the leading cause of death for Americans ages 18-45 years old, though many who overdose aren’t even aware they are taking it!. Incredibly potent and with a high potential for addiction, this synthetic opioid can be up to fifty times stronger than heroin, and a hundred times stronger than morphine. Drug overdoses have quadrupled since 1999, and over 70% of these deaths are related to opioids like fentanyl.

The potential for fentanyl in all types of substances, including “prescriptions” purchased online, underscores the need for awareness around this powerful opioid. If you or someone you love is using drugs—any type of drug—you should know about the dangers of fentanyl.

When prescribed and administered under medical supervision, the synthetic opioid fentanyl is used to treat severe pain, such as in patients with advanced forms of cancer. Like most opioids, fentanyl induces a state of extreme relaxation and sedation, euphoria, and disassociation, as well as pain relief. Often administered through dermal patches or lozenges to slow the release of this potent drug, these legal forms of Fentanyl may be diverted and sold for illegal use.

There is a misconception that abuse of prescription drugs like fentanyl is safer because these drugs are legal when used for medical purposes. However, because fentanyl is specifically designed to treat extreme pain, often for patients where other opioids may not be effective, the potency of this synthetic opioid can easily lead to overdose when used outside of careful medical attention.

Why Fentanyl is Often a Hidden Danger

Fentanyl is also manufactured illegally, typically in powdered form, but also in liquid, patches or blotter paper. Because it takes very little of the drug to produce a powerful high, it is often mixed with other drugs including heroin, methamphetamine, and cocaine in order to lessen the cost of production and net more profits for dealers. In some cases, it is pressed into pills and passed off as other prescription opioids such as oxycodone and hydrocodone, and even such as Xanax.

This means that while people may believe they know what they are taking, it is increasingly possible that the drug they have purchased contains a potentially lethal amount of fentanyl. Additionally, combining drugs greatly increases the risk of adverse and unpredictable effects, including overdose.

Signs of a Fentanyl Overdose

If you or someone you love has overdosed on fentanyl, it is critical to identify the problem and seek help as quickly as possible. Fentanyl is a respiratory depressant that can slow breathing to a dangerous level, or even completely stop it. Signs of an overdose include:

What to Do in Case of an Overdose

In case of an overdose, you should immediately call an ambulance, and administer naloxone if it is readily available. Naloxone is a fast-acting nasal spray that blocks the effects of opioids. It is easy to use, and administering naloxone does not require medical training.

If naloxone is not immediately available, try to keep the person awake and talking. If they are unconscious, roll them onto their side to prevent choking, and stay with them until emergency help arrives.

How Does A Person Recover From Fentanyl Addiction?

Opioids are extremely addictive, both psychologically and physically. A fentanyl addiction necessitates professional care, first to safely detox, and then to begin to recover from the addiction.

What Happens When You Detox from Fentanyl?

Attempting to detox alone or go “cold turkey” from any opioid can result in serious and potentially life-threatening side effects. For people struggling with a fentanyl addiction, consulting with a medical professional about how to begin this process is an essential step in safely transitioning into recovery.

Under the care of a medical professional, withdrawal will be closely monitored, and support will be given to ease the discomfort of any resulting symptoms, which may include things like:

After Detox, What is Treatment for Fentanyl Addiction Like?

Once you have gone through detox, you will begin the process of rebuilding your life free from addiction. To do this, you will work with addiction specialists who are trained specifically in helping you regain your health and establish new patterns and ways of thinking in order to break free of the cycle of dependency.

If you or your loved one is facing a problem with fentanyl abuse or any form of addiction, now is the time to get help and start living a better life.

Freeing Yourself from Fentanyl at The Dawn 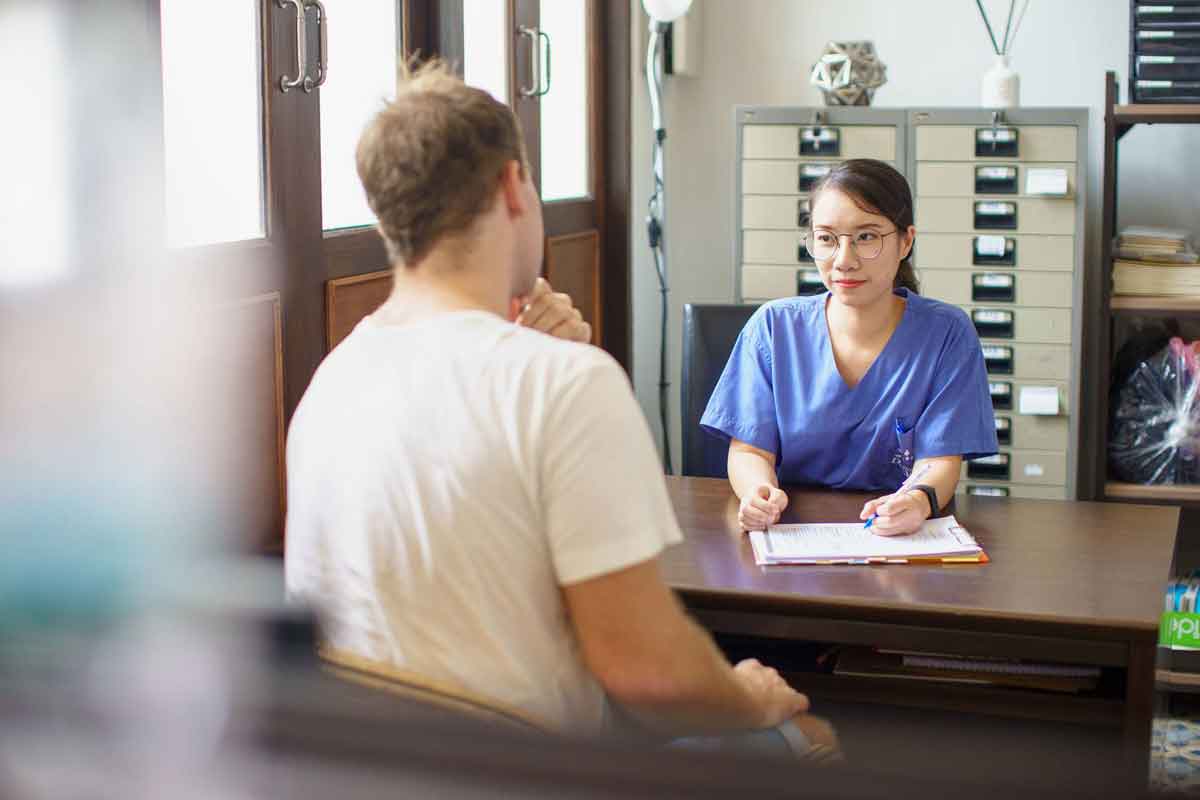 The Dawn Wellness Centre and Rehab offers opiate rehab in Thailand  in an environment that fosters healing and growth for those looking to recover from substance use or mental health disorders. At The Dawn, we offer a Signature Addiction Treatment Programme for individuals struggling with substance addiction, behavioural addictions and co-occurring disorders.

Our primary objective is for clients to achieve and maintain long-term recovery by understanding the root causes of their disorder, and equipping each individual with a personalised set of coping tools to use when dealing with life’s challenges. Our highly-experienced Western clinical team works closely with each client to develop a customised treatment plan based on their specific needs and goals.

The Dawn offers medically-assisted detox for our clients. Our round-the-clock on-site professional nursing team carefully monitors clients throughout this process under the supervision of our psychiatrist, who can prescribe medication as necessary to ease withdrawal symptoms. For emergency cases, clients will be immediately admitted to a nearby hospital for further treatment and support.

Most clients who choose The Dawn opt to participate in long-term rehab that focuses on in-depth mental health treatment and further guidance through the continuum of care. This includes detox, addiction and mental health treatment, a step-down programme, and an aftercare plan. Instead of spending four weeks in treatment and then heading home, this rehab model is generally eight weeks, and is flexible, all-inclusive and can be extended based on the unique needs of the client.

Our staff at The Dawn has many years of experience successfully treating people with substance use disorder. Call us today to learn more about how we can help you overcome fentanyl addiction and regain control of your life.