The American street drug market has become somewhat of a horror show in its own right with the spread of meth. More and more Americans are falling prey to this insidious drug. It’s nothing short of terrifying, with its spread reminiscent of opium during the Opium Trade and Opium Wars in China.

Meth, also known as methamphetamine, ice, chalk, glass, shards, crank, and crystal, belongs to the methamphetamine class of drugs. Even though some meth drugs have therapeutic capabilities for conditions such as narcolepsy and attention deficit disorder, crystal methamphetamine is illegal.

The therapeutic meth drugs are classified as Schedule II according to the Controlled Substances Act, which is under the same class of drugs as PCP and cocaine. Crystal meth is also a Schedule II like its therapeutic counterparts. It is produced in underground laboratories and sold as street-level illegal drugs. It’s known as d-methamphetamine HCI in chemical form.

As its name suggests, it’s a drug that’s crystalline in form and can be crushed and consumed in numerous ways: orally, by smoking, by snorting, and by injection.

Below are some statistics regarding meth use in the USA.

Signs That Someone is Using Meth 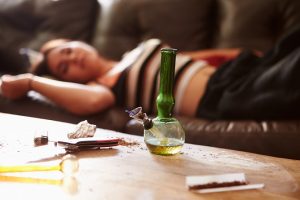 If you’re a meth addict, you’re often in denial of it. You may delude yourself into thinking you’re just a meth user, but the slippery slope between usage and addiction is quite steep with meth because of the nature of the drug and its effects on dopamine levels. If you use meth, chances are you may already be an addict before you know it.

In terms of knowing if someone else you know is taking meth, the clues are usually everywhere. Just visit the room of a suspected meth user. The likeliest sign of meth use is the paraphernalia scattered all around their home. These include the following: 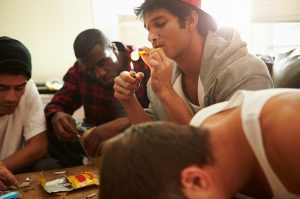 Methamphetamine is dangerous because its users won’t realise they’re addicted until it’s already too late. To be more specific, one minute you might think you’re only casually using the drug like you would when socially drinking or smoking a blunt, but soon enough, you’ll end up in the addiction or abuse phase and you won’t be able to help yourself anymore.

Meth is infamous for its high addiction potential. Any regular meth user can fall into the slippery slope of addiction just by starting to use meth at all. Physical meth use signs (take note that this usage and not necessarily abuse) will emerge whether you abuse the drug or you’re a new user.

Here are the symptoms of meth abuse:

In addition, here are the complications of meth abuse:

Meth mouth in particular has its own specific set of complications from chronic meth usage that are mostly oral in nature. The complications include:

About 47% of meth users suffer from temporomandibular joint pain. Meanwhile, 68% have to deal with compulsive bruxism. Finally, about 72% of meth users end up with dry mouth.

Meth Abuse and Its Effect on Libido and Sexuality

Because a meth user has a higher libido than usual, other related complications and conditions can end up in his body because of his sexual activity, namely a variety of sexually transmitted infections or STIs (this used to be known as sexually transmitted diseases or STDs). Then again, it can also lead to impairment of sexual performance and libido as the addiction worsens, so it works more on a case-by-case basis.

Dopamine and Its Link to Meth Use

When you use meth for the first time, there’s an initial euphoric rush from it that appeals to many a drug user. It’s particularly effective in raising your brain’s dopamine levels, which is the neurotransmitter chemical released by nerve cells or neurons to send signals that affect reward-motivated behaviour.

More to the point, because of the effects of meth on dopamine, the brain rewards you for taking it over and over again by releasing the chemical that’s usually only released when you accomplish some great task. For example, when you finish a project, get a raise, or acquire a promotion, distinct dopamine pathways are opened leaving you feeling good and satisfied with yourself.

Methamphetamine, especially the crystalline variety, is highly addictive because of how it tricks the brain into thinking that taking meth is an accomplishment, leading you to chase after that first high as though you’re doing something worthwhile.

There are a host of psychological side effects connected to meth abuse. Because meth increases your dopamine levels, these messengers in your brain’s reward system give you a feeling of accomplishment even though all you did is take meth.

Aside from that, dopamine also affects your ability to learn and your memory as well. By abusing meth, you’ll create an imbalance in your brain’s dopamine levels as well as any operations involving dopamine. As a consequence, meth addicts may experience the following complications:

Meth abuse is also known for causing psychosis among many addicts. Meth induced-psychosis, in turn, results in symptoms such as the following:

Tweaking and Insomnia Due to Meth Abuse

For 3 to 15 days, meth users and abusers can end up tweaking or tweaked wherein they experience insomnia during that period of time. The tweaked condition usually happens as a consequence of having a meth binge wherein an addict uses meth to chase the original high they got where the dopamine levels are highest before desensitization (wherein your high gets less and less because your body gets used to the meth) sets in. At any rate, the withdrawal symptoms include the following:

There are psychological side effects to being in a state of tweaking, which include:

Psychosis from methamphetamine can also cause you to scratch yourself severely to the point of injuring yourself. This occurs because of the increase of blood flow to the skin as well as its increase in temperature (two common side effects of using meth).

Essentially, because your body is so hot, you sweat more. The sweat then has an enzyme that increases your blood circulation rate. As your perspiration evaporates, the sebaceous oil that serves as your skin’s protective cover is also stripped away.

That’s when formication happens. Formication is the name given to the sensation that bugs are crawling under your skin because of meth, which leads you to scratch and pick at your skin in order to get rid of bugs that don’t exist.

Skin abrasions and rashes will develop from this picking and scratching. Formication is caused by a combination of the following meth symptoms:

Meth abusers might even go to extremes like using scissors, knives, or razor blades in order to cut into the skin and try to get rid of these phantom bugs crawling under their skin, resulting in wounds that won’t heal because they keep picking at them (as the famous Linkin Park song Crawling describes). This can then result in open wounds and festering sores that can cause them serious infection. 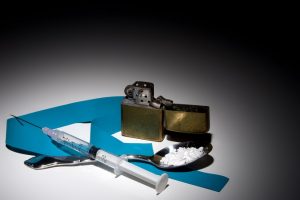 When it comes to how to get yourself or others off of meth, there are several ways to go about it. To undergo meth detoxification and recovery, you need to contact a private treatment centre or government-funded rehabilitation service for inpatient treatment. You can also attend outpatient services with minimal weekly meetings and this usually isn’t enough to deal with heavy meth addiction.

As per usual, meth addiction recovery is easier said than done. A solid support system in the form of family, friends, and/or understanding counsellors is called for. Meth recovery typically requires pharmacological and psychosocial intervention as well as community-based prevention during aftercare.

At any rate, what follows is a list of things you can expect regarding your meth recovery options.

The Dire Consequences of Meth Addiction

Users of crank typically end up becoming homeless derelicts, bankrupt from buying so much meth, losing their families, or in jail. It doesn’t necessarily follow that all meth users end up in dire straits. There are high-functional addicts out there who can use meth and still keep their jobs and families.

However, sooner or later, the risk of ruining their life can come about the more addicted they become to meth. Many meth users end up depressed and self-hating as well because they’ve lost their self-control and lack the will to quit their use of meth. Many meth addicts can even end up suicidal altogether.

Even if addicts don’t act on their suicidal impulse, these thoughts tend to be quite devastating to their mental wellbeing. They require the help, patience, and guidance of qualified rehabilitation centres like The Dawn Rehab in order to get their condition straightened out before it’s too late. Privacy and aftercare support are likewise ensured in such a programme. 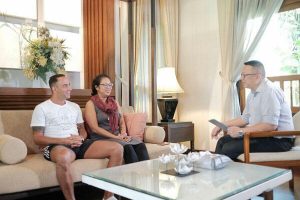 Contact us today at The Dawn Rehab in Thailand in order to get a free consultation. By calling our toll free numbers, you’ll have a chance to stay at a safe place to heal. Even when it comes to Schedule II drugs like crystal meth, PCP, and cocaine, we here at The Dawn Rehab are ready to serve you in every way possible.

Our affordable treatment programme includes high-quality, private accommodation and a highly qualified clinical team that offers treatment for not only meth addiction but also all its complications and side effects. Call our affordable centre today before it’s too late! The Dawn Rehab offers an onsite detoxification centre and has available consultants 24/7.