Everyone experiences anxiety on occasion. It is often a useful, effective and healthy reaction to heightened stress. Likewise, it is something that we can understand and resolve. However, some people experience intense anxiety for extended periods, which can turn into a debilitating anxiety disorder if it is not treated correctly.

Anxiety describes the feeling of panic, worry, fear or unease. The term is also used to describe situations when we feel nervous about a certain issue, such as an upcoming event. Anxiety is usually something that impacts your daily life, like:

Anxiety can also occur in many other scenarios. People can also experience anxiety and have difficulty relaxing when they are worried about something.

It is also a general term for multiple disorders that affect the way a person feels and behaves and can result in physical symptoms. People with anxiety disorders usually experience recurring intrusive concerns or thoughts. They may also have physical symptoms like trembling, sweating, a rapid heartbeat or dizziness.

Mild anxiety is vague and upsetting while severe anxiety can have a serious effect on the way a person lives. For example, they may avoid some situations due to their anxiety. In the U.S. alone, 40 million people are affected by anxiety disorders. In fact, it is the most common group of mental conditions in America.

The Difference Between Everyday Anxiety and an Anxiety Disorder

It is crucial to understand the difference between regular feelings of anxiety and an anxiety disorder that requires proper medical attention, such as stress and anxiety treatment.

Feelings of anxiety are common when we are faced with worrying or potentially harmful triggers. After all, these indicators are necessary for survival. For as far back as we know, signs of incoming danger and predators have caused internal alarms to go out, allowing a person to take action quickly. These alarms include sweating, a raised heartbeat and increased sensitivity to one’s surroundings.

A rush of adrenaline in response to threat triggers these reactions. We call this adrenaline boost a ‘fight-or-flight’ response. It gets us ready to physically face or escape any threats to our safety.

In our modern society, fleeing from larger animals and imminent threats is a less demanding concern. Instead, our anxieties are centred on work, money, health, family and other important issues that need our attention, without necessarily demanding the ‘fight-or-flight’ response.

The nervous feeling we experience before an important event or during a tough situation is a natural reflection of the original ‘fight-or-flight’ response. It can still be crucial to survival. For example, anxiety about getting hit by a car while crossing the street causes a person to instinctively look both ways before leaving the pavement to avoid danger.

On occasion, the severity or duration of an anxious feeling can be disproportionate to the original stressor. Physical symptoms like nausea or higher blood pressure may also become apparent. These responses indicate moving from anxiety into an anxiety disorder.

What are the Different Types of Anxiety? 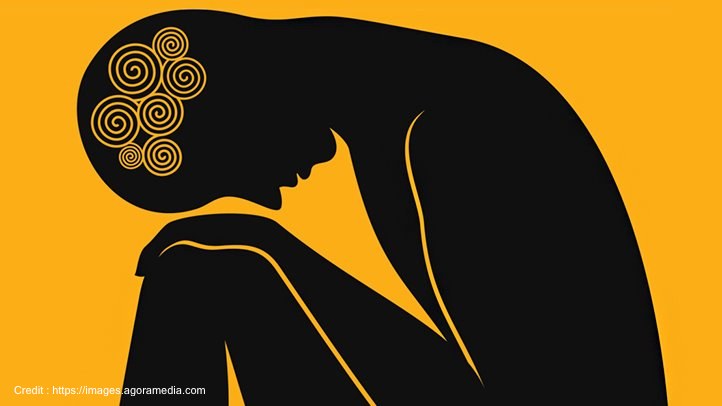 Anxiety disorders encompass many different disorders and phobias, including:

GAD is a chronic disorder that involves extreme, long-lasting worries and anxiety about generic life events, situations and objects. People with this most common form of anxiety disorder often have a hard time identifying the reason for their anxiety.

Panic disorders are characterised by sudden or short-lived attacks of apprehension and intense terror. These attacks can result in confusion, shaking, nausea, dizziness and breathing troubles. Once a panic attack occurs, it tends to intensify rapidly and peak after ten minutes. For some, panic attacks can last for several hours.

Panic disorders typically occur after prolonged stress or frightening experiences, though they can also transpire without a trigger. A person who experiences panic attacks may mistake it for a life-threatening illness. Furthermore, panic attacks can result in drastic changes in one’s behaviour to avoid future occurrences.

Avoidance and an irrational fear of a situation or object characterises phobias. They are different from other types of anxiety disorders since they have a known cause. The fear may be recognised as unnecessary or irrational, but that will not change the person’s inability to control their anxiety. Phobia triggers can involve situations, everyday objects, animals and more.

Social anxiety disorder describes the fear of being judged by other people in a negative way in social settings or being scared of public embarrassment. This involves a range of feelings including fear of intimacy or humiliation and stage fright. This anxiety disorder may cause people to avoid human contact or public situations to the extent that living an ordinary life becomes very difficult.

OCD is characterised by actions or thoughts that are intrusive, distressing and repetitive. People who suffer from OCD often know that their compulsions are irrational or unreasonable, but they help ease their anxiety. Individuals with OCD may constantly check the stove or light switches, obsessively organise personal belongings, clean their hands all the time and so on.

PTSD is a form of anxiety that is caused by previous trauma, such as sexual assault, military combat, a serious accident or a hostage situation. PTSD usually results in flashbacks and the person may change their behaviour in order to avoid triggers.

This type of anxiety disorder is illustrated by high levels of anxiety when separated from a place or person that offers a sense of safety or security. Separation may result in panic symptoms. It is recognised as a disorder when the response to separation is inappropriate or excessive.

Anxiety disorders have an intricate network of causes, which include:

Excessive anxiety is usually triggered by the stress of daily life and any combination of one of the previously mentioned causes. It is commonly a reaction to external forces, though it is possible that feelings of anxiety can develop if people tell themselves that the worst will transpire.

Anxiety can also be the outcome of a combination of one or more of the usual causes. For example, a person may try to cope with the stress of their work by taking drugs or drinking alcohol, thus increasing anxiety.

How is Anxiety Diagnosed?

Mental health professionals are able to diagnose anxiety and identify potential causes. To begin with, the physician takes a careful personal and medical history and performs a physical examination. In some cases, laboratory tests may also be required. These tests can offer useful information about an underlying medical condition that may be causing symptoms of anxiety.

To be diagnosed with generalised anxiety disorder (GAD), an individual has to:

Additionally, symptoms must affect daily life, such as by causing absence from one’s work or school. A physician will diagnose GAD if there is no known cause for the worry and anxiety while a different diagnose may be reached in cases with a more apparent trigger.

What are Symptoms of Anxiety?

Each type of anxiety disorder comes with its own individual set of symptoms, though common symptoms of anxiety include:

It is important that short-lived feelings of anxiety are viewed as temporary to prevent increasing the amount of worry and the possibility of an anxiety disorder. Conversely, it is also crucial not to ignore anxiety disorder symptoms so thatstress and anxiety treatment can be received.

A person with an anxiety disorder tends to display symptoms that are comparable to clinical depression, and vice-versa. It is uncommon for a person to exhibit signs of just one of these conditions.

How to Treat Anxiety? 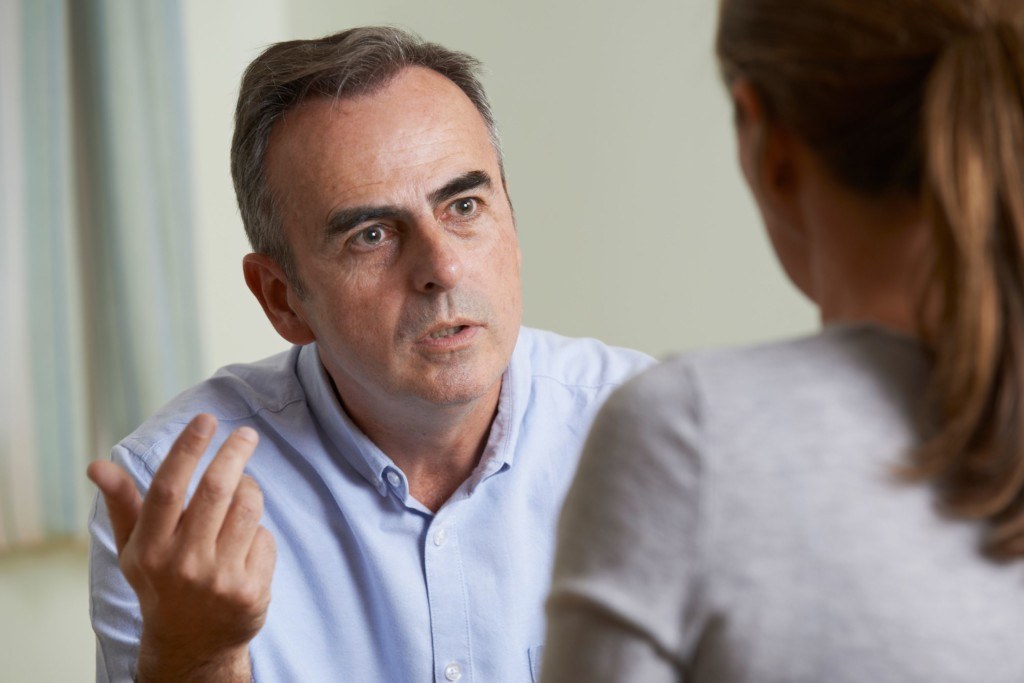 Effective stress and anxiety treatment methods depend on a person’s individual preferences and the causes of the anxiety. Treatments usually consist of a combination of behavioural therapy, psychotherapy, medication and relaxation techniques. People diagnosed with anxiety can benefit from either one or a combination of these types of treatments.

Research suggests that depression, alcohol addiction or other conditions can have a strong influence on a person that the anxiety disorder cannot be treated until the underlying conditions have gotten under control.

The following forms of therapy can take place both inside and outside anxiety treatment centres.

Counselling is a type of talk therapy where a mental health care professional helps a person develop approaches and coping skills to address specific issues such as interpersonal issues or stress management. It is typically intended as a short-term form of therapy.

Many kinds of psychotherapy can be used to treat anxiety disorders. Psychotherapy is different from counselling in the fact that it is designed as a more long-term approach. Additionally, it targets a broader range of issues such as behavioural patterns. A person’s particular anxiety diagnosis and personal preference direct what therapies would be the best fit for treatment.

The fundamental goal of any form of psychotherapy is for a person to control their emotions, manage stress and recognise behavioural patterns that affect their relationships. Some of the most effective evidence-based therapies for treating anxiety include Cognitive Behavioural Therapy (CBT) and Eye Movement Desensitisation Reprocessing Therapy (EMDR).

CBT is a short-term form of treatment that helps people identify negative and inaccurate thinking in situations that result in anxiety, like panic attacks. CBT can take place in individual or group therapy sessions with others who face similar issues, such as in an anxiety treatment centre. It focuses mainly on the ongoing troubles in a person’s life and helps them acquire new ways of processing their behaviours, thoughts and feelings to improve the way they cope in life.

When it comes to people who suffer from PTSD, CBT can use a trauma-focused approach by processing and reframing the traumatic experience that led to the symptoms. The length of CBT treatment is around 10-15 weekly sessions that last for an hour, on average, though this depends on the severity and type of symptoms as well.

EMDR is a form of psychotherapy that relieves the emotional disturbances and distress that are caused by the memories of traumatic experiences. It is mainly used to treat PTSD since it helps people process the trauma in order to heal from it. During EMDR therapy, a person pays attention to the back and forth movement or sound while recalling the traumatic memory. These sessions are continued until the memory is less distressing.

EMDR sessions generally last between 50 to 90 minutes and take place weekly for one to three months. However, many people experience a reduction of symptoms after a few sessions.

What Medications are Prescribed for Anxiety?

Several types of medications can be used to treat anxiety in combination with psychotherapy. The specific form of medication administered to a person is determined by their providers at an anxiety treatment centre or medical facility and is based on their particular symptoms along with other factors like overall health.

The most common medications used for treating anxiety include:

Treatment providers for anxiety disorders can be found in private practices (such as an anxiety recovery retreat) hospitals and clinics. Anxiety recovery retreat centres provide specialised inpatient programmes for individuals who suffer from anxiety. These programmes offer a wide array of mental and physical therapeutic options to help with anxiety.

The success of your anxiety disorder treatment is largely determined by the anxiety recovery retreat that you choose. Finding the right anxiety retreat can give you the tools you need to get back on track and stop anxiety from controlling the way you live your life.

If you or your loved one is facing a problem with anxiety and depression, mental illness or addiction, now is the time to make a change. Contact The Dawn today to receive a no-obligation assessment and find out how we can help.