Sex addiction is similar to other addictions, like drugs and alcohol, except that it is not dependent on an outside chemical. A sex addict can get high from their own brain chemistry. For example, looking at pornography will trigger the brain activity of a sex addict. When he or she looks at pornography or gets caught up in a fantasy, their brain chemistry starts to change and dopamine is released.

Dopamine is one of the chemicals responsible for the high people get from drugs like cocaine or heroin. In the case of the sex addict, the dopamine release is not triggered by a drug, but by a thought or a fantasy or another person. Sex is like a drug and it activates the reward centres of the brain. “Taking cocaine and having sex don’t feel exactly the same, but they do involve the same [brain] regions,” says Timothy Fong, MD, associate professor of psychiatry at UCLA’s David Geffen School of Medicine.

Fear and Secrecy of Sex Addiction

Sex addiction is a coping mechanism, and a way to avoid intimacy and real human connection. Many sex addicts were physically, emotionally or sexually abused as children and that abuse eroded their ability to trust. Driven by fear of rejection and fear of abandonment, sex addicts, usually in childhood, were rejected or abandoned in a profound way. Perhaps it was in the early years or even adulthood, but the feelings of abandonment or rejection were so severe that it left emotional scars.

More than other addictions, sex addiction is hidden. Since addiction often comes with perceptions of shame by society and by addicts themselves, getting honest about the addiction and with other people who understand is key to recovery. Shame is a leading factor in secrecy and the double life that many sex addicts lead. This sense of shame can be fuelled by culture, family and religious beliefs that teach shame in regards to sex and sexuality. Secrecy, shame and denial make it harder for sex addicts to come forward and admit they have a problem.

In the media, we are hearing more and more about sex addiction. Tiger Woods became the poster child for sex addiction when the insanity around his addiction unfolded on national television. His affairs were well hidden, until they weren’t, and then they became front page news. Text messages between Tiger and his sex partners surfaced in the media and he was brought to shame in front of the world. His marriage ended, his career was put on hold and he had to make public confessions and apologies. He eventually was able to return to golf, but only after going through sex addiction rehab, therapy and a break from his professional life.

Dr. Patrick Carnes is regarded as one of the leading experts on sex addiction recovery. He said, “Knowing you are a sex addict doesn’t mean you are bad or perverted or hopeless. It means you may have a disease, an obsession from which many have healed.” Sex addiction is serious and can lead to anxiety, depression, legal problems, destruction of relationships, other addictions or even suicide. It takes courage to admit to having an addiction. The best thing you can do to break out of the shame of addiction is to be honest with yourself and ask for help. If you think you might have a problem with sex addiction, SAA has a quiz that you can take.

Yes, recovery is absolutely possible. The reasons for sex addiction can be complicated, however, recovery is more straight forward. There are twelve step programmes like Sex Addicts Anonymous (SAA) and Sex and Love Addicts Anonymous (SLAA) that are good resources for sex addicts. SAA is focused on sex addiction and SLAA focuses more on love, sex, and fantasy addictions. Most major international cities have face-to-face SAA and SLAA meetings. Phone meetings and online meetings are also available. Many addicts have experienced recovery from their sex addictions by attending these 12-step recovery groups. Having support from other addicts who understand and do not judge is essential.

To recover from sex addiction most addicts have to go through a withdrawal period, which is the reason that a treatment centre can be a good option. Many sex addicts will choose to go to an inpatient treatment centre first to remove themselves from all triggers. Once removed from these triggers, they are able to learn how to be with themselves and not act out on their addiction.

Before they can have any kind of meaningful connection with others, they first have to learn to connect with themselves. Being away from anything or anyone that may trigger them is often necessary. It is common for sex addicts to have numerous unhealthy connections with people and need to disconnect from them. They also may need to stop going to a location or using technology. Sometimes it’s best for the addict to detach from the outside world and focus on themselves to begin the healing process. Most treatment centres have programmes designed specifically for recovery from sex addiction.

The Dawn Rehab in Thailand 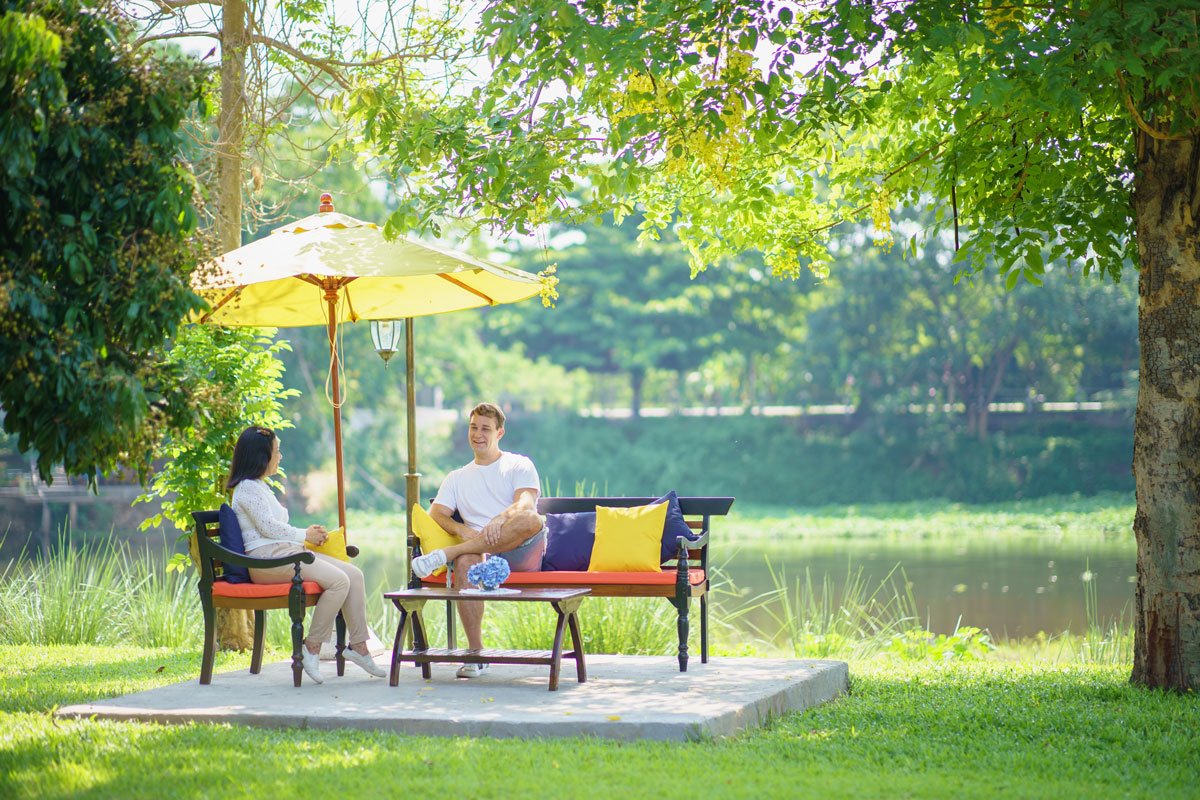 If you suspect that you have a sex addiction, we can help. Located in the picturesque city of Chiang Mai, Thailand, The Dawn has intensive treatment programmes for sex addiction. We use a holistic mix of Eastern and Western approach to help clients heal from addiction. Our top-notch team of clinical professionals are experienced in treating addiction and mental health. Aside from treating sex addiction, our team will also be able to address any other existing conditions such as anxiety, depression and trauma that could be contributing to your addiction.

Contact us today to receive a no-obligation assessment to find out how we can help.